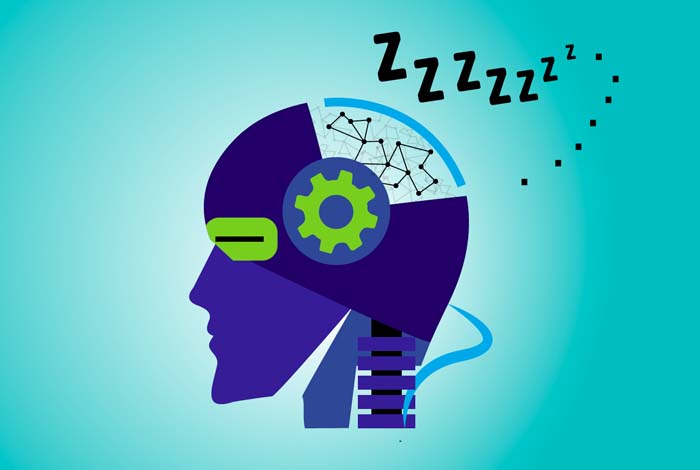 Researchers at Los Alamos National Laboratory, working on spiking neural networks (AI that mimics the human learning process), found that the AI was more stable when a biological sleep-like state was induced.

“We were fascinated by the prospect of training a neuromorphic processor in a manner analogous to how humans and other biological systems learn from their environment during childhood development.”

Watkins and her research team found that the network simulations became unstable after continuous periods of unsupervised learning. When they exposed the networks to states that are analogous to the waves that living brains experience during sleep, stability was restored. “It was as though we were giving the neural networks the equivalent of a good night’s rest,” said Watkins.

Comments Off on Turns Out, Androids Dream of Electric SLEEP