Cyberpunk game designer OG, Mike Pondsmith, sat down last fall with Amelia Kołat, a member of the CD Projekt Red team, to talk about his cyberpunk RPG universe. In the interview, Mike talks mainly about how he is working with CDPR in meshing his tabletop RPG with the forthcoming Cyberpunk 2077, CDPR’s years-in-the-making open world computer game situated in his cyberpunk setting.

Mike and the team at R. Talsorian Games have been working on Cyberpunk RED, an updated edition of Cyberpunk 2077, which brings the Cyberpunk 2020 universe up to date with the video game.

He also talks about his creative working process, collaborating with CDPR to get the tabletop and computer game storylines to mesh, an eventual New Europe sourcebook for Cyberpunk RED, his time time staying in Poland (home of CD Projekt Red), and more.

I recently bought myself a copy of the Cyberpunk RED Jumpstart Kit. This is the interim product until Cyberpunk RED is released. I paid $29 for it on Amazon. It has now jumped to $49. Maybe look for it at other shops or eBay if you’re interested in a copy. 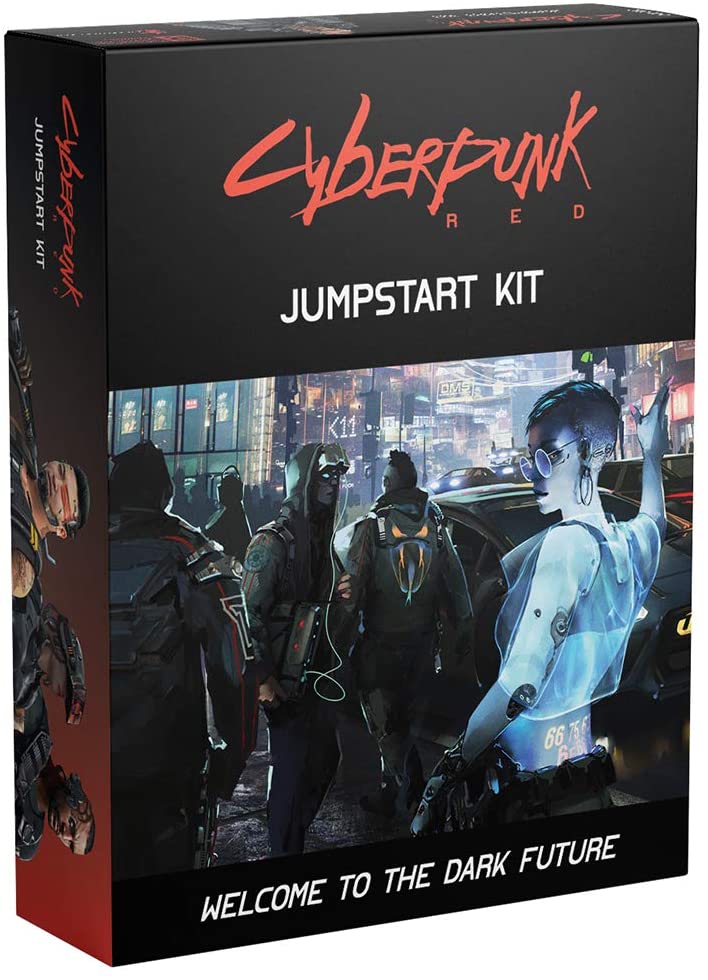 It comes in a handsome box and includes two booklets, one containing world lore and adventures, and the other, basic rules, six pre-generated character sheets, six Cyberpunk-themed dice (2 d10s, 4 d6s), maps, and cardboard standees. It’s a decent deal at $30, if you can find it at that price, and a great way to get your feet wet in the Cyberpunk RPG universe on the eve of the full Cyberpunk RED and Cyberpunk 2077.