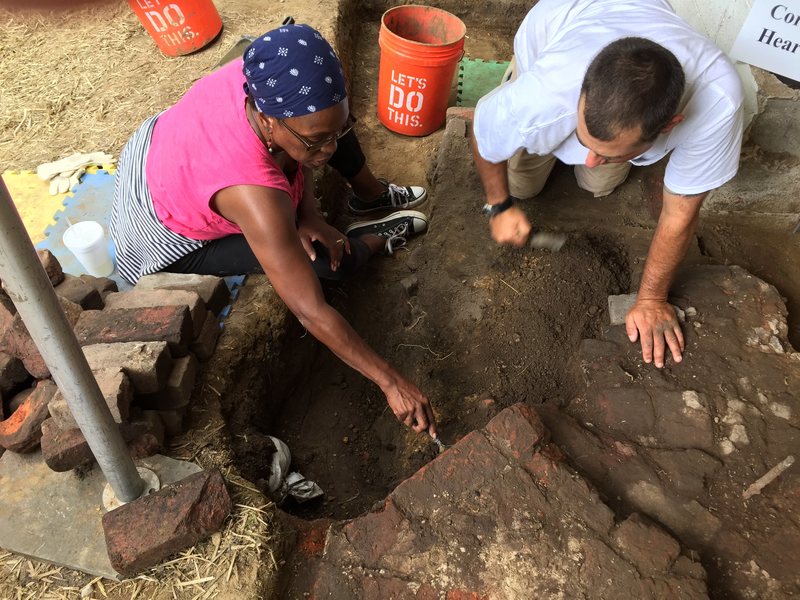 Recent advances in genetics will be able to help fill in the many historical gaps surrounding America’s enslaved populations. So much has been erased, silenced, or twisted into different, more desirable narratives. Stories like this from Atlas Obscura show us that there is still some hope to shed some light on those important stories.

A team from the Maryland Department of Transportation, State Highway Administration, began excavating the 32-by-32-foot building in 2014. Julie Schablitsky, chief archaeologist with the department, noticed a pipe stem sticking out of the brick floor and subsequently dated other artifacts in the soil layer to determine its age, somewhere between 150 and 200 years old. But a more thrilling detail emerged upon further analysis. Schablitsky and her team tested the tobacco pipe stem for human DNA, and found direct evidence that it belonged to a woman. Not only that, the DNA most closely matched that of the Mende people of Sierra Leone.

“Since the Belvoir quarter supported a large kitchen and fireplace, it is probably the cook—an enslaved woman—[who] lived in that space,” Schablitsky says. Tobacco was enjoyed by both men and women at the time, and naturally the pipe would have been held in the mouth of the smoker. “The pipes would have been exposed to body fluids such as saliva and even blood,” she adds, “[and] the porous nature of low-fired clay would have facilitated absorption of fluid, thereby trapping DNA.”