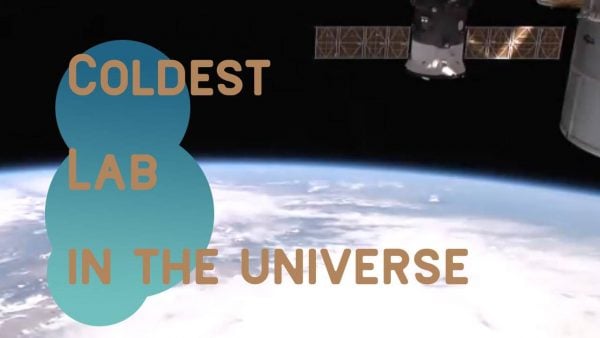 To make this lab the “coldest place in the known Universe,” researchers on the ISS will need to create condensates that last for 5 seconds at an extremely low temperature. Thus far they’ve gone over a single second at 200 trillionths of a degree above absolute zero. In the future, they hope to go down to 20 trillionths of a degree above absolute zero – the coldest experiment in recorded history.

Bose-Einstein condensates are formed by chilling clouds of atoms to near absolute zero. As particles coalesce into singular macroscopic quantum objects, they open the door for scientists to investigate exotic behavior. Because this condensation is enacted in microgravity (rather than near Earth’s gravity), dispersion takes far longer. This allows time for the study of said condensates.