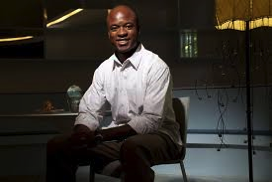 John Oluseun Dabiri is a Nigerian-American aeronautics engineer who was awarded the MacArthur Fellowship in 2010 for his theoretical engineering work, Via The National Society of Black Physicists

He was formerly dean at the California Institute of Technology. He is best known for his research of the hydrodynamics of jellyfish propulsion and the design of a vertical-axis wind farm adapted from schooling fish. He is the director of the Biological Propulsion Laboratory, which examines fluid transport with applications in aquatic locomotion, fluid dynamic energy conversion, and cardiac flows, as well as applying theoretical methods in fluid dynamics and concepts of optimal vortex formation.

In 2010, Dabiri was awarded a MacArthur Fellowship for his theoretical engineering work. He established the Caltech Field Laboratory for Optimized Wind Energy (FLOWE) in 2011, a wind farm which investigates the energy exchange in an array of vertical-axis wind turbines. His honors include a Young Investigator Award from the Office of Naval Research, a Presidential Early Career Award for Scientists and Engineers (PECASE), and being named as one of Popular Science magazine’s “Brilliant 10” scientists in 2008. Bloomberg Businessweek magazine listed him among its 2012 Technology Innovators.

Learn more and check out the Dabiri Lab