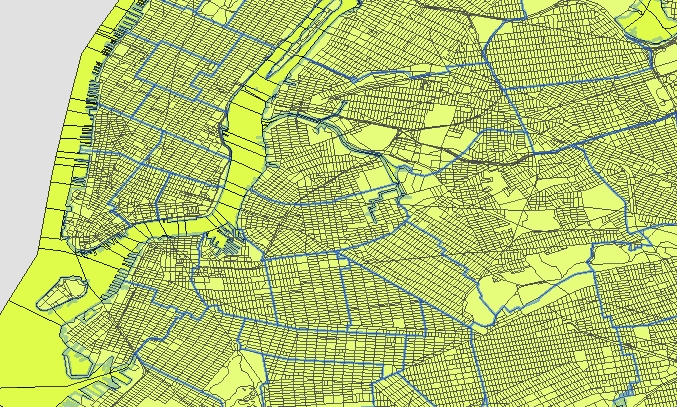 Back in 2011, I wanted to compare the racial and ethnic breakdown of low-level marijuana arrests — reported by police precinct — with that of the general population. The population data, of course, is available from the US Census, but police precincts don’t follow any nice, relatively large census boundary like a census tract. Instead, they generally follow streets and shorelines.

Fortunately, census blocks (which in New York, are often just city blocks) also follow streets. But there are almost 40,000 census blocks in the city.

So I used precinct maps from the city and US Census block maps to figure out which blocks are in which precincts. With that, the population data is just math.

See the post for the spreadsheet links and the data is also on GitHub.