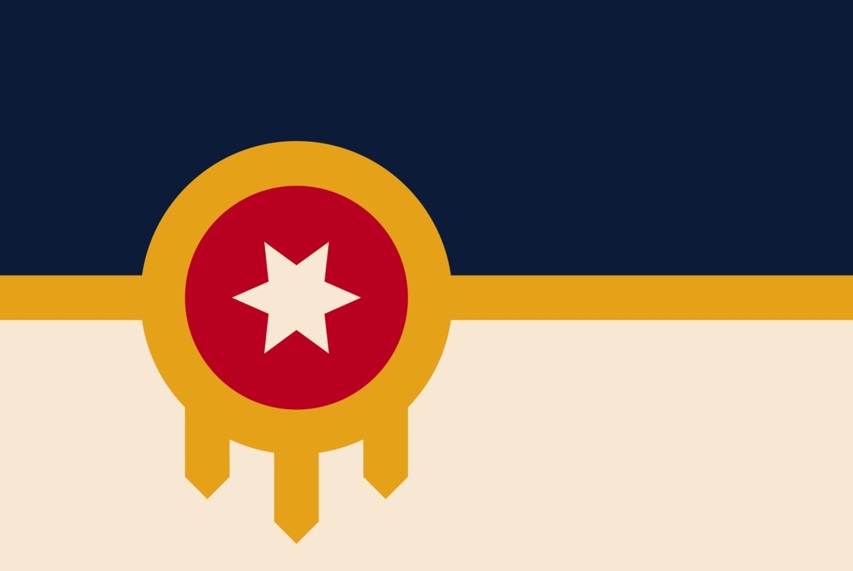 “In the early 20th century, Tulsa was home to the “Black Wall Street”, one of the most prosperous Black communities in the United States at the time. Located in the Greenwood neighborhood, it was the site of the Tulsa Race Massacre, one of the nation’s worst acts of racial violence and civil disorder, in which mobs of white Tulsans killed Black Tulsans, looted and robbed the Black community, and burned down homes and businesses. Sixteen hours of rioting on May 31 and June 1, 1921, was ended only when National Guardsmen were brought in by the Governor. An official report later claimed that 23 Black and 16 white citizens were killed, but other estimates suggest as many as 300 people died, most of them Black. Over 800 people were admitted to local hospitals with injuries, and an estimated 10,000 Black people were left homeless as 35 city blocks, composed of 1,256 residences, were destroyed by fire. Property damage was estimated at $1.8 million. Efforts to obtain reparations for survivors of the violence have been unsuccessful, but the events were re-examined by the city and state in the early 21st century, acknowledging the terrible actions that had taken place.” – Tulsa, Oklahoma – Wikipedia.

The Police Department in Tulsa, Okla., released video on of an encounter during which, the authorities said, a white police officer fatally shot an unarmed Black man, Terence Crutcher, who could be seen raising his hands above his head – 2016.

On The Eve Of Donald Trump’s Tulsa Rally, Rev. Sharpton to Deliver a Keynote Address to Tulsans Alongside the Family of Terence Crutcher & Other Victims of Police Brutality – National Action Network & Facebook event page.

A collective of community-based organizations have united together to host Tulsa’s annual, Juneteenth, honoring the emancipation of slavery. This celebration will happen in the heart of the Historic Greenwood District, Home of America’s Black Wall Street, this Friday, June 19 from 11 a.m. to 10 p.m.

As Tulsa approaches the 100 year anniversary of the 1921 Tulsa Race Massacre, this year’s Juneteenth Celebration, now more than ever, represents a spirit of resilience and perseverance as the community presses forward in solidarity during these challenging times. 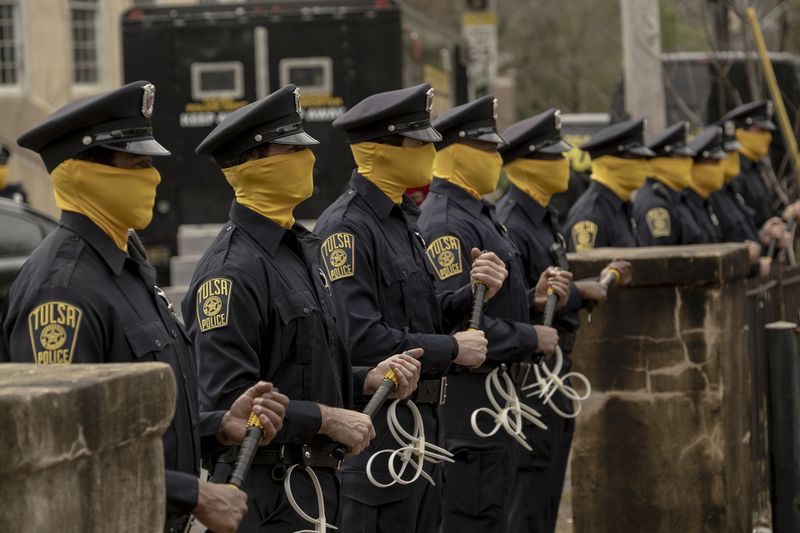 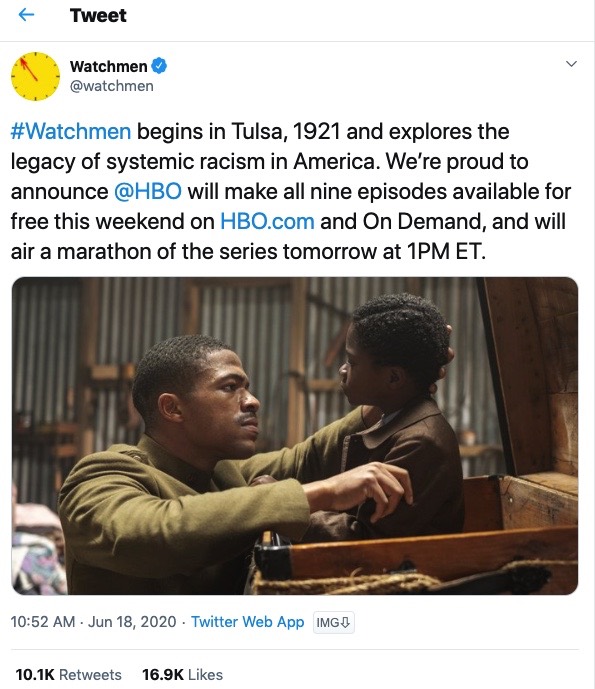 Watchmen begins in Tulsa, 1921 and explores the legacy of systemic racism in America. HBO will make all nine episodes available for free this weekend on http://HBO.com and On Demand, and will air a marathon of the series tomorrow at 1PM ET. Watchmen Episode 1: Explained – YouTube.