We will be posting history, news, and support of Juneteenth all day long! June 19 is Juneteenth; a celebration of the emancipation of the last slaves in the US.

Click here to see our coverage throughout the day!

The National Juneteenth Observance Foundations goal is to pass a bill to recognize Juneteenth, the “June 19th,” as a national day of observance. Their website has tons of information about Juneteenth’ history and celebrations nationwide! VIA NJOF

Juneteenth is the oldest known celebration commemorating the ending of slavery in the United States and has actually been an African American tradition since the late 19th century. Economic and cultural forces caused a decline in Juneteenth celebrations beginning in the early 20th century. The Depression forced many blacks off of farms and into the cities to find work. In these urban environments, employers were less eager to grant leaves to celebrate this date. July 4th was the already established Independence holiday, and a rise in patriotism among black Americans steered more toward this celebration.

The Civil Rights movement of the 1950s and 1960s yielded both positive and negative results for the Juneteenth celebrations. While it pulled many of the African American youth away and into the struggle for racial equality, many linked these struggles to the historical struggles of their ancestors.

Again in 1968, Juneteenth received another strong resurgence through Poor Peoples March to Washington D.C.. Rev Ralph Abernathy’s call for people of all races, creeds, economic levels and professions to come to Washington to show support for the poor. Many of these attendees returned home and initiated Juneteenth celebrations in areas previously absent of such activity.

Learn more!
Looking for way to celebrate here in NYC? The African American Day Parade Inc. welcomes all to join them for the 27th Annual Juneteenth Walk in Harlem on Saturday June 20th! 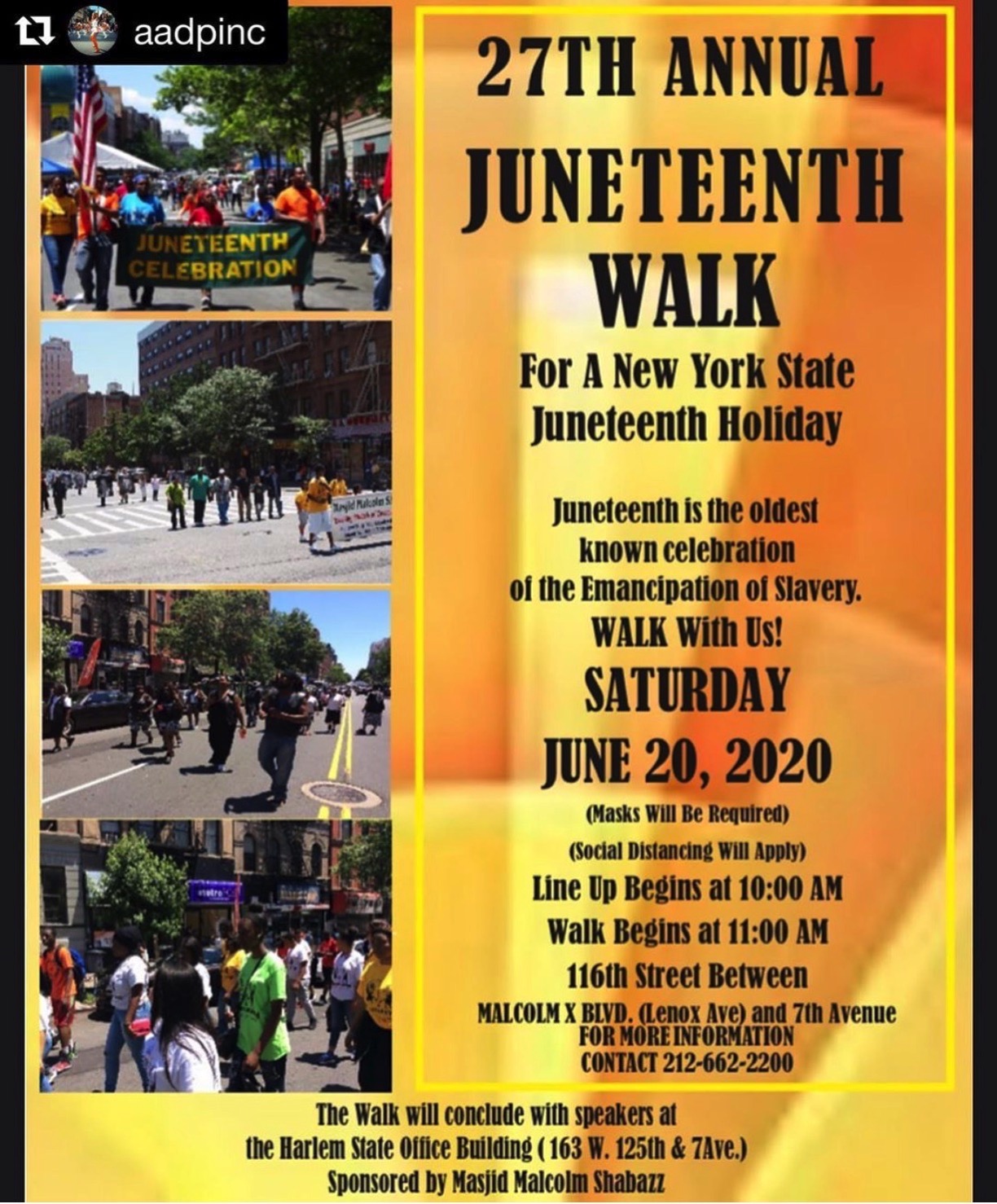