The Dark, Twisted (and Prescient) Genius of Transmetropolitan #Cyberpunk 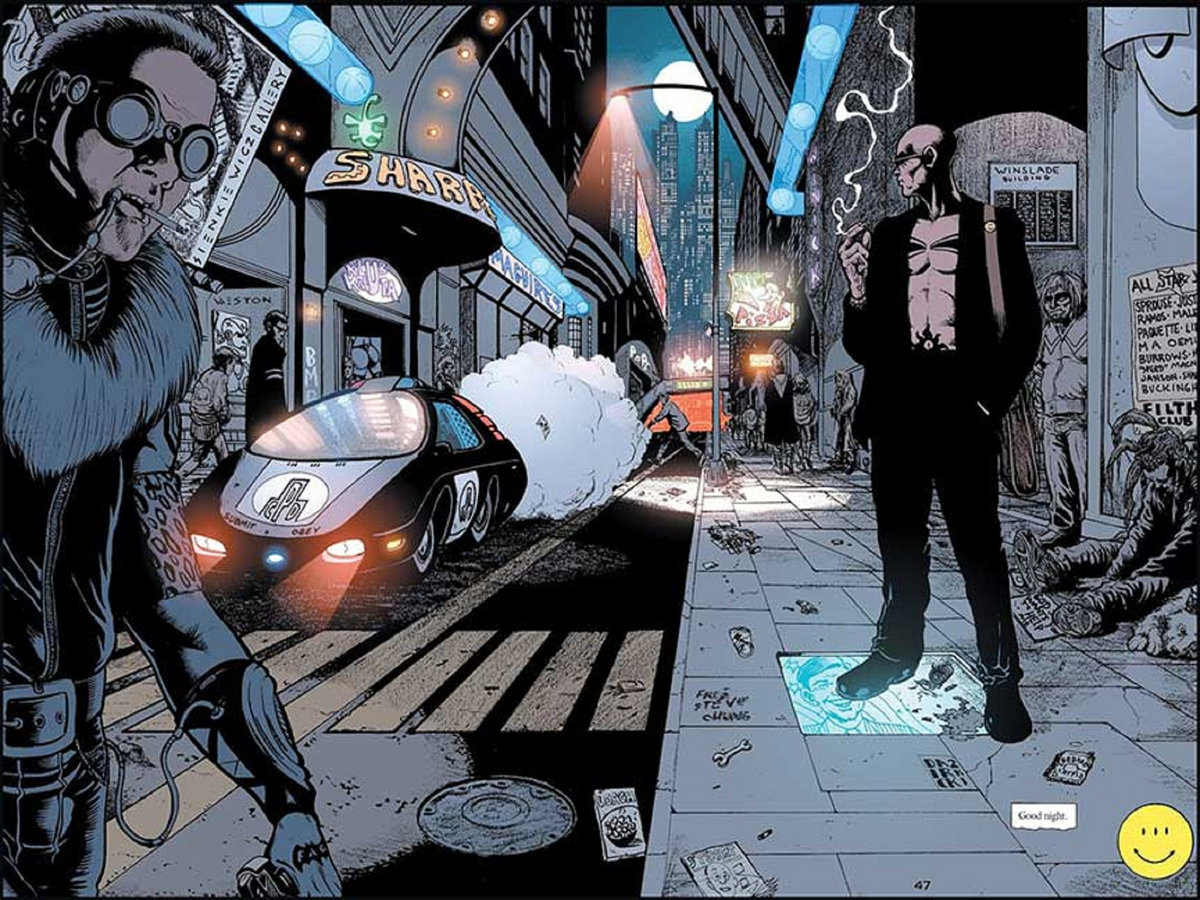 You cannot discuss canonical cyberpunk fiction without talking about Warren Ellis and Darick Robertson’ Transmetropolitan. By my lights, it is not only one of greatest sci-fi comic books of all time, it is also one of the best expression of cyberpunk. 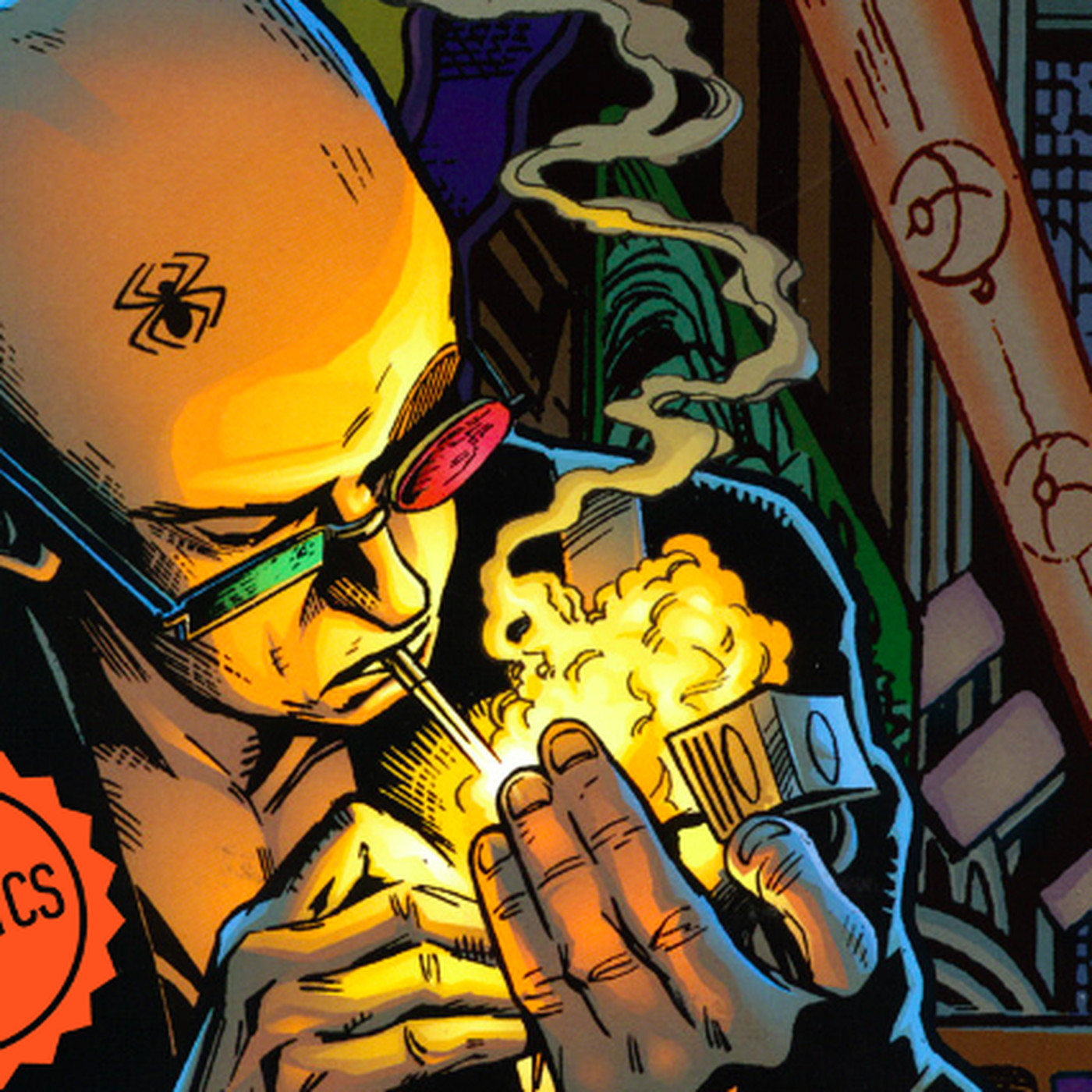 “Transmet” chronicles the life of Spider Jerusalem [think Hunter S. Thompson working the shoe leather in William Gibson’s Sprawl], an extremely talented muckraking journalist who’s been living in exile. He cannot stand the city that he worked to expose for so many years or the toll that being a take-no-prisoners truth-telling journalist has taken on him. So, when Spider is forced back into the city to fulfill a publisher’s book deal, he comes screaming down from the literal mountain like a madman, leaving a trail of carnage and cruelty in his wake. Spider is pissed.

This comic is as brutal as its anti-hero is complex and inscrutable. An equal opportunity offender, Transmet is relentlessly shocking, disgusting, and violent. It leaves no moral outrage button unpressed. 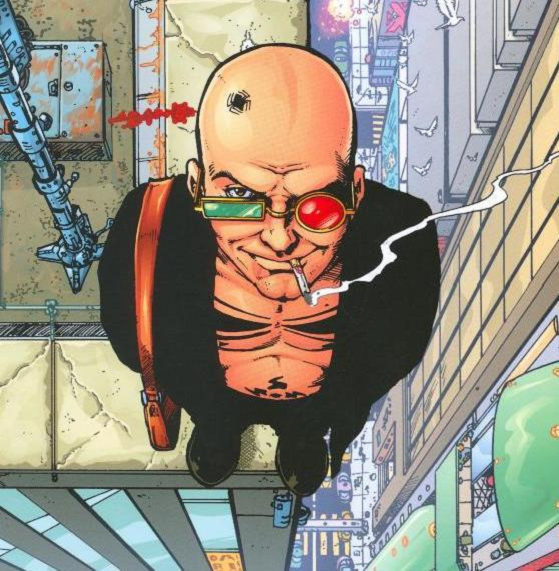 But in the center of Spider’s maelstrom of anger, madness, and ultra-violence, is actually a strangely moral and caring human being (in his own drug-addled, misguided way). There is real beauty in his madness and inspired fury in his drive to set the world right.

Spider lives to expose unvarnished truths and the evils of the world, especially those corrupt human monsters who cloak themselves in God, moral virtue, and the flag. And when he’s revealed such creatures for what they truly are, he has no qualms about meting out his own brand of vigilante justice (usually using his “Bowel Disruptor” gun, which you can probably figure out). He’s a good guy at heart and a royal bastard everywhere else.

The world that Ellis and Robertson created in 1997 has only become more relevant as time has marched us inexorably into the dystopian hellhole we currently inhabit. We may not have the Makers from Transmet (the Trek-like universal replicators) or Alien DNA to inject, or unthawed and bewildered cryonics subscribers aimless wandering our streets. But we do have the splintering madness of a thousand irrational cults, horrifyingly corrupt politicians who’ll do and say anything to maintain power, militarized police forces, television that will program anything for ratings, and a population that can no longer sort out fantasy from reality. Oh, and Jesus Shoes. We now have Jesus Shoes.

We live in a world that desperately needs a Spider Jerusalem (or a thousand of them). OK, minus the prodigious quantities of drugs, the cavalier attitude towards violence and vigilantism, and a propensity to get naked at the drop of a hat. I wouldn’t say no to the Bowel Disruptor, though.

In this episode of Smokey’s Videos, they go through the first book of the series, Back on the Street, and even dramatically enact some of the scenes.

Warning: This is definitely for adults only and not for those who are easily offended. Spider pretty much IS a universal Trigger Warning.

Update: It has come to my attention, after posting this, that author Warren Ellis has been credibly accused, by A LOT of women, of sexual misconduct. I knew nothing about this when I wrote and posted this piece. I apologize to anyone was upset by seeing this in light of these reports. Here is an article that does a good job of explaining the situation and putting it in the wider context of comics culture in general. Extremely disappointing.

Comments Off on The Dark, Twisted (and Prescient) Genius of Transmetropolitan #Cyberpunk