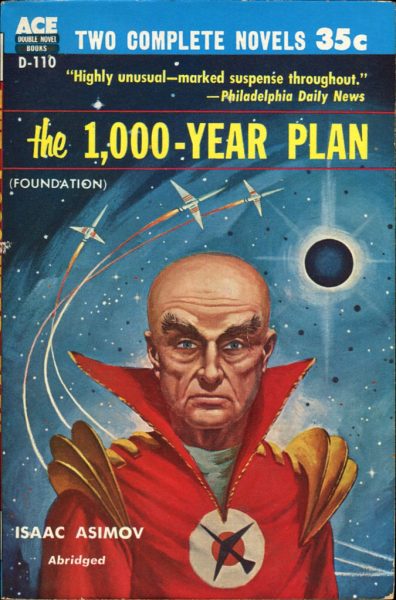 Apple+ is making Asimov’s legendary Foundation books into a TV series, and the teaser trailer has just come out. The novels are an immense, ambitions, and sprawling. If you haven’t read them, now may be the time. Here’s more from Yosef Lindell and The Atlantic:

The Foundation series has an even more audacious premise than I, Robot, positing that the future itself is a solvable equation. The original trilogy, a series of eight linked short stories and novellas written in the 1940s, introduces psychohistory, a radical science for predicting the behavior of the masses. Psychohistory suggests that statistics can foretell the actions of large groups of people with such precision that one can plot the course of an entire civilization for thousands of years. Hari Seldon, the fictional father of psychohistory, establishes two planetary colonies, or Foundations, at opposite ends of the galaxy to create a new and gentler galactic empire that will replace the dying one. Because psychohistory predicts that the so-called Seldon Plan will not fail, Asimov’s characters cling to the plan with a belief that borders on religious. In the words of Hober Mallow, one of the Foundation’s mayors: “What business of mine is the future? No doubt Seldon has foreseen it and prepared against it.”