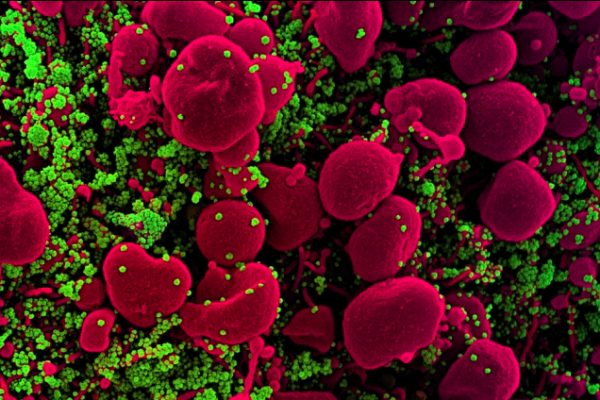 Scientists are pursuing many different strategies to develop new therapeutics against SARS-CoV-2. One area of interest is developing antibodies that bind to and inactivate viral proteins such as the spike protein, which coronaviruses use to enter human cells. A related approach uses small protein fragments called peptides instead of antibodies.

The MIT team set out to engineer peptides that could strongly bind to the spike protein inside cells, and to use these peptides to trigger the cells to break down the viral proteins. Their idea was to have their peptides recruit naturally occurring proteins called E3 ubiquitin ligases, which can mark proteins for destruction when cells no longer need them.