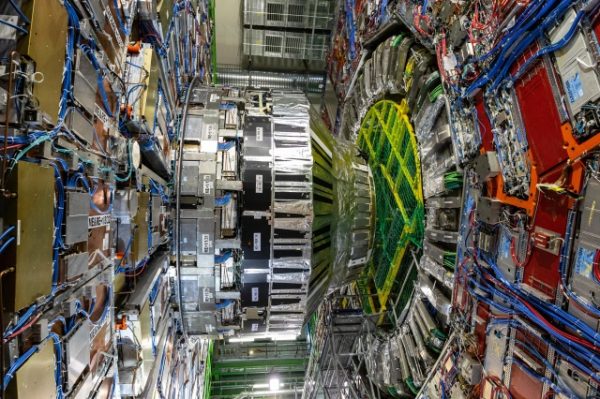 CERN has a $23 billion super-collider 100 km in circumference, making the current Large Hadron Collider look like a much smaller sibling. The very science fiction sounding Future Circular Collider would be used to produce Higgs bosons in an ongoing quest to learn more about dark matter and the Standard Model of physics. Here’s more from Engadget:

“Such a machine would produce copious amounts of Higgs bosons in a very clean environment, would make dramatic progress in mapping the diverse interactions of the Higgs boson with other particles and [allow] measurements of extremely high precision,” the CERN council wrote in a press release.

The future collider would be built in two stages. The first iteration would smash electrons and positrons together to maximize production of Higgs bosons so that scientists can get more accurate data on the particles. The second version would be a 100 TeV proton-proton collider designed to generate new particles that could expand on or even replace the Standard Model.

Comments Off on CERN Approves Plans for a $23 billion, 62-mile Long Super-Collider