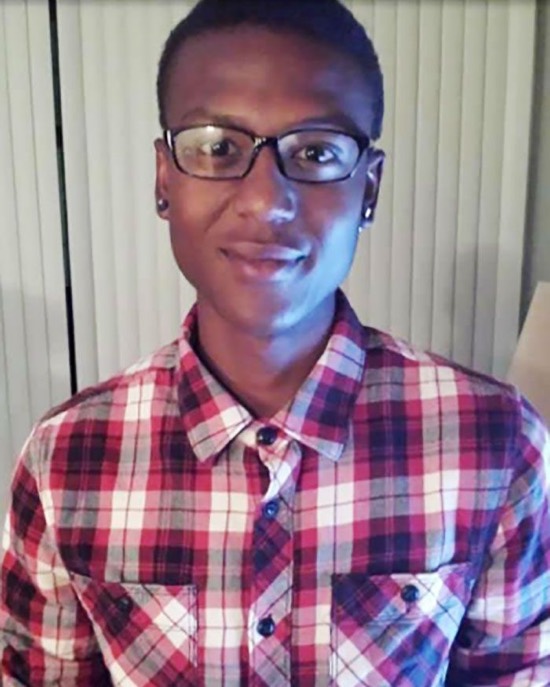 The Killing of Elijah McClain: Everything We Know –

Last August, police officers in Aurora, Colorado, approached 23-year-old Elijah McClain as he walked home from a convenience store. The Aurora Police Department later said that a 911 caller had reported a “suspicious person” in a ski mask, and that when officers confronted McClain — who was not armed and had not committed any kind of crime — he “resisted arrest.” In the 15 minutes that followed, the officers tackled McClain to the ground, put him in a carotid hold, and called first responders, who injected him with ketamine. He had a heart attack on the way to the hospital, and died days later…

McClain worked as a massage therapist, and taught himself to play both the guitar and the violin. According to the Sentinel, he often spent his lunch breaks at local animal shelters, putting on concerts for cats and dogs because he believed music would help soothe their anxiety.

…“He was the sweetest, purest person I have ever met,” another of his friends and former clients, Marna Arnett, added. 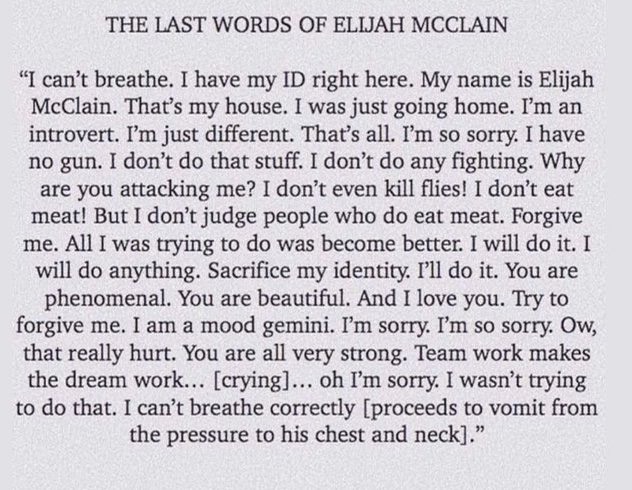 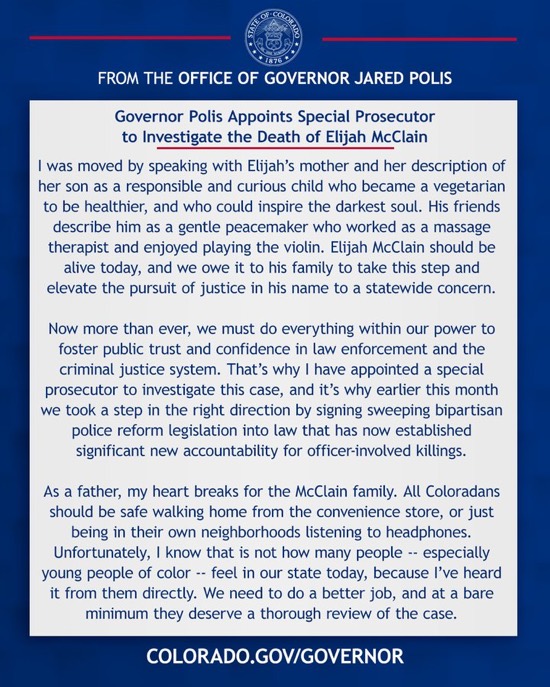 When You Call: I am calling on behalf of Elijah McClain. We demand that D.A., Dave Young, re-open the case as the officers involved displayed tampering with evidence when footage heard, “Dude, move your camera,” as well as the dislodging of the officers’ cameras. We demand that Officers Nathan Woodyard, Jason Rosenblatt, Randy Roedema, Matthew Green, and Sgt Dale Leonard as well as Lt. Peter Chichuniec and Medic Jeremy Cooper of Aurora Fire Rescue are fired immediately and charged for killing Elijah McClain. We demand a public apology and admission of guilt, specifically on behalf of Dave Young, who found that the officers did not violate any criminal laws. Elijah McClain was a 23 year old man with limitless potential. Our world lost an incredible person and we demand justice. Take accountability.

Comments Off on Elijah McClain