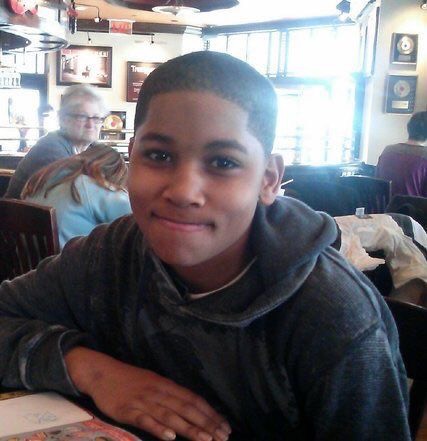 On November 22, 2014, Tamir Rice, a 12-year old African-American boy, was killed in Cleveland, Ohio by Timothy Loehmann, a 26-year-old White American police officer. Rice was carrying a replica toy gun; Loehmann shot him almost immediately after arriving on the scene.

Two officers, Loehmann and 46-year-old Frank Garmback, were responding to a police dispatch call regarding a male who had a gun. A caller reported that a male was pointing “a pistol” at random people at the Cudell Recreation Center, a park in the City of Cleveland’s Public Works Department. At the beginning of the call and again in the middle, he says of the pistol “it’s probably fake.”Toward the end of the two-minute call, the caller states that “he is probably a juvenile”; however, this information was not relayed to officers Loehmann or Garmback on the initial dispatch. The officers reported that upon their arrival, they both continuously yelled “show me your hands” through the open patrol car window. Loehmann further stated that instead of showing his hands, it appeared as if Rice was trying to draw: “I knew it was a gun and I knew it was coming out.”In response, the officer shot twice, hitting Rice once in the torso. He died the following day.

Rice’s gun was later found to be an airsoft replica that lacked the orange-tipped barrel, which would have indicated it was a toy gun.

A surveillance video of the incident was released by the police four days after the shooting, on 26 November. On 3 June 2015, the Cuyahoga County Sheriff’s Office declared that their investigation had been completed and that they had turned their findings over to the county prosecutor.

In the aftermath of the shooting it was revealed that Loehmann, in his previous job as a police officer in the Cleveland suburb of Independence, had been deemed an emotionally unstable recruit and unfit for duty. Loehmann did not disclose this fact on his application to join the Cleveland police, and the Cleveland police never reviewed his previous personnel file before hiring him. In 2017, following an investigation, Loehmann was fired for withholding this information on his application.

There are graduation events all over the USA this week and next, Tamir would have been in class of 2020.

Comments Off on Tamir Rice’s 18th birthday is today