Did You Know That “Blade Runner” Was Initially a Flop? #cyberpunk

Thirty-eight years ago yesterday, Ridley Scott’s cyberpunk masterpiece, Blade Runner, premiered. And few people seemed to care. Critics savaged it and audiences didn’t seem all that eager to jump into their flip-flops to go see it, even with Alien director Scott behind the camera and Harrison Ford in front of it. The LA Times hated it so much, they dubbed it Blade Crawler.

Esquire has a piece looking back on June 25, 1982 and the release on that day of both Blade Runner and another now-classic film, John Carpenter’s The Thing (which also initially flopped).

Film critics get it wrong all the time. But even so, I can’t imagine that the profession has ever had a worse day on the job than June 25, 1982. If you’re a rabid sci-fi nerd (guilty as charged), today marks a special sort of anniversary. One that remains as bittersweet as it is utterly confounding. After all, it was on this day, 38 summers ago, that two indisputable classics directed by two unassailable masters were released in theaters only to be met by critical venom and relative indifference from ticket-buyers. I’m talking, of course, about Ridley Scott’s visionary future-shock brainteaser Blade Runner and John Carpenter’s gooey master class in sub-zero paranoia The Thing.

It might be excusable to have somehow overlooked this film that notable summer, given that it was overwhelmed with enticing sci-fi movie choices. Besides Blade Runner and The Thing, this was the year of Poltergeist, Mad Max 2: The Road Warrior, Tron, Star Trek II: The Wrath of Khan, Conan the Barbarian, and E.T.: The Extra-Terrestrial. Talk about the cinematic sci-fi summer that was!

Ultimately, it would be the VCR that would give sci-fi fans the opportunity to buy, view, and enjoy Blade Runner (over and over and over). And for the world to finally realize just how excellent, and how game-changing, it really was. 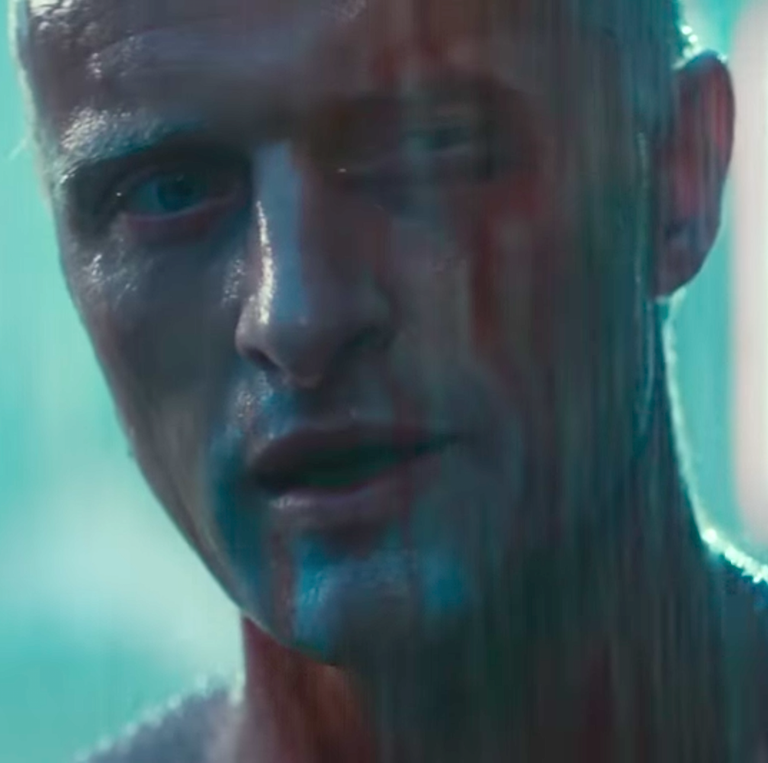 Here’s another piece on Esquire, published on the occasion of actor Rutger Hauer’s death last year, about Hauer’s semi-improvised “Tears in the Rain” monologue, now considered one of the most potent moments in cinema history.