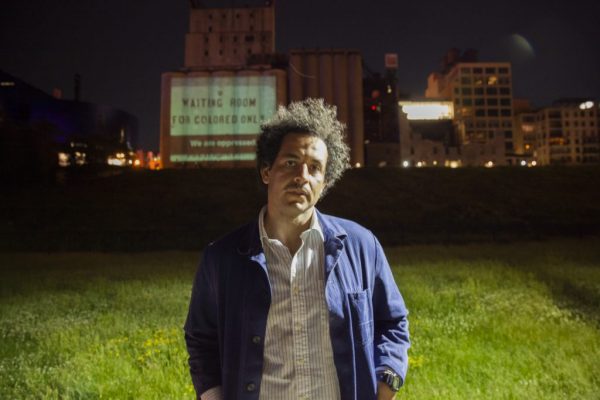 Here is another piece of street art for the times. This one, designed by Brooklyn-based artists Kareem Rahma, is powered by a Raspberry Pi. Here’s mote from Sahan Journal:

[Kareem Rahma’s] latest project, dubbed “The Revolution Will Be Televised,” may be his most poignant yet. Its title nods to American soul and jazz artist Gil Scott-Heron’s 1970 recording “The Revolution Will Not Be Televised,” a seminal black power anthem. Since June 2, a 120-by-100 foot projection, which loops images and video, has appeared almost nightly on the side of the Mill City Museum facing the Stone Arch Bridge.

The idea began to form in the days after Floyd was killed by Minneapolis police officer Derek Chauvin. After cycling through a few concepts with his Minnesota-raised friend and collaborator Lucas Shank, Rahma put out a call on social media for support to make the idea come to life. Another close friend with an “engineer mind,” David Dellanave, a Minneapolis gym owner, answered. He was already setting up the rig — an auditorium projector he had sitting in his garage, a Raspberry Pi computer, a USB drive and a generator.