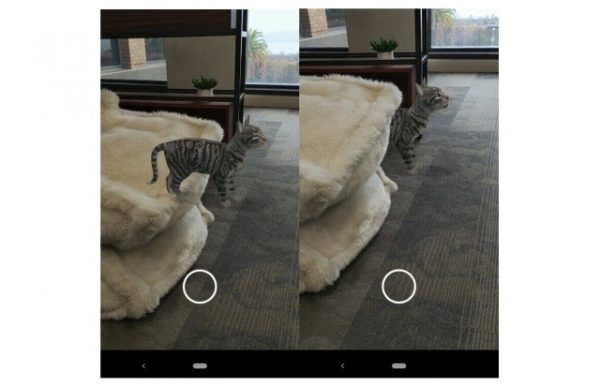 Incorporating occlusion, 3D understanding and a new level of realism, the feature makes AR objects appear as if they’re in your actual space by responding to real-world cues. An AR chair will appear behind a physical table instead of floating atop of it, for example…. The AR Core Depth API has a lot of applications. Illumix’s game Five Nights at Freddy’s AR: Special Delivery uses it so that characters can hide behind objects for more startling jump scares. TeamViewer Pilot, meanwhile, uses it to more precisely enable AR annotations on video calls. Remember Snapchat’s dancing hotdog lens? That’s also now using Google’s Depth API.