Scientists Have Observed the Exposed Core of a Giant Planet 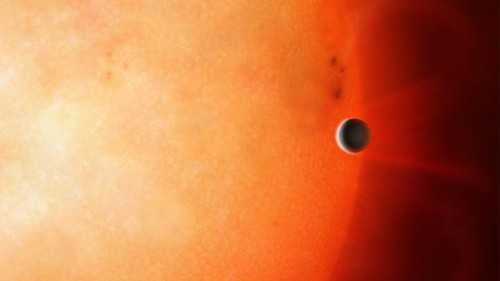 For the first time ever, scientists have glimpsed the exposed core of a giant planet, providing a rare opportunity to peer at the heart of an alien world.

The planet, called TOI-849b, is slightly smaller in size than Neptune, but up to three times more massive, making it “the densest Neptune-sized planet discovered so far,” according to a study published on Wednesday in Nature. The planet was originally discovered in 2018 by NASA’s Transiting Exoplanet Survey Satellite (TESS), but it wasn’t until last year that scientists began to grasp its bizarre properties, which have never been observed in any star system before.