Super Nintendo World Japan is a Mario Level Made Real 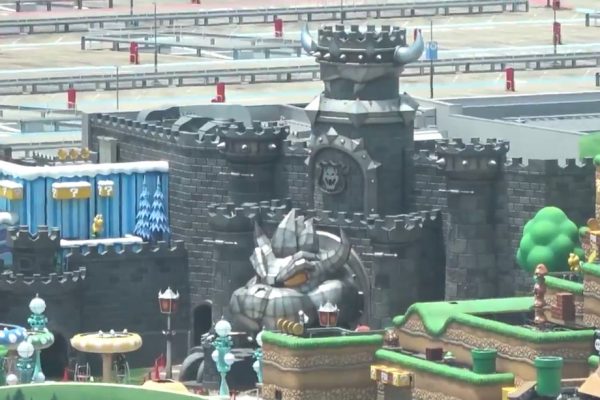 As it turns out, some disruptions to reality are excellent. In this case, it’s Japan’s Super Nintendo World in Universal Studios Japan, which looks perfect it seem more real than real. Here’s more from Input Mag:

It’s literally like being inside of a Super Mario video game. The leaked video shows Nintendo and Universal Studios Japan have gone to great lengths to recreate several of the side-scrolling worlds from Mario games.

We spy Princess Peach’s castle one end, and Piranha Plants, Thwomps (the angry stone fellas), Goombas, Koopa shells sliding between green warp pipes, the classic bricks and mystery boxes, rotating golden coins, and mushrooms in the middle of the attraction.

On the other end, there’s Bowser’s castle, Ice Land, checkpoint flags, and a section with Yoshi that looks likes it’s ripped straight out of Super Mario 64. Just look at those bubbly trees!