A Massive Star Has Seemingly Vanished from Space With No Explanation 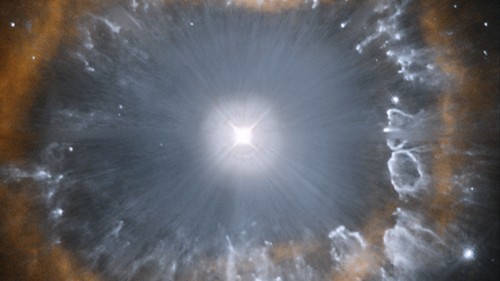 Astronomers are perplexed by the unexplained disappearance of a massive star located 75 million light years away.

A decade ago, light from this colossal star brightened its entire host galaxy, which is officially known as PHL 293B and is nicknamed the Kinman Dwarf. But when scientists checked back in on this farflung system last summer, the glow of the star—estimated to be roughly 100 times more massive than the Sun—had been extinguished. The head-scratching discovery was announced in a study published on Tuesday in the Monthly Notices of the Royal Astronomical Society.