Meet the Caretakers of Sealand, the World’s Most Stubborn Micronation 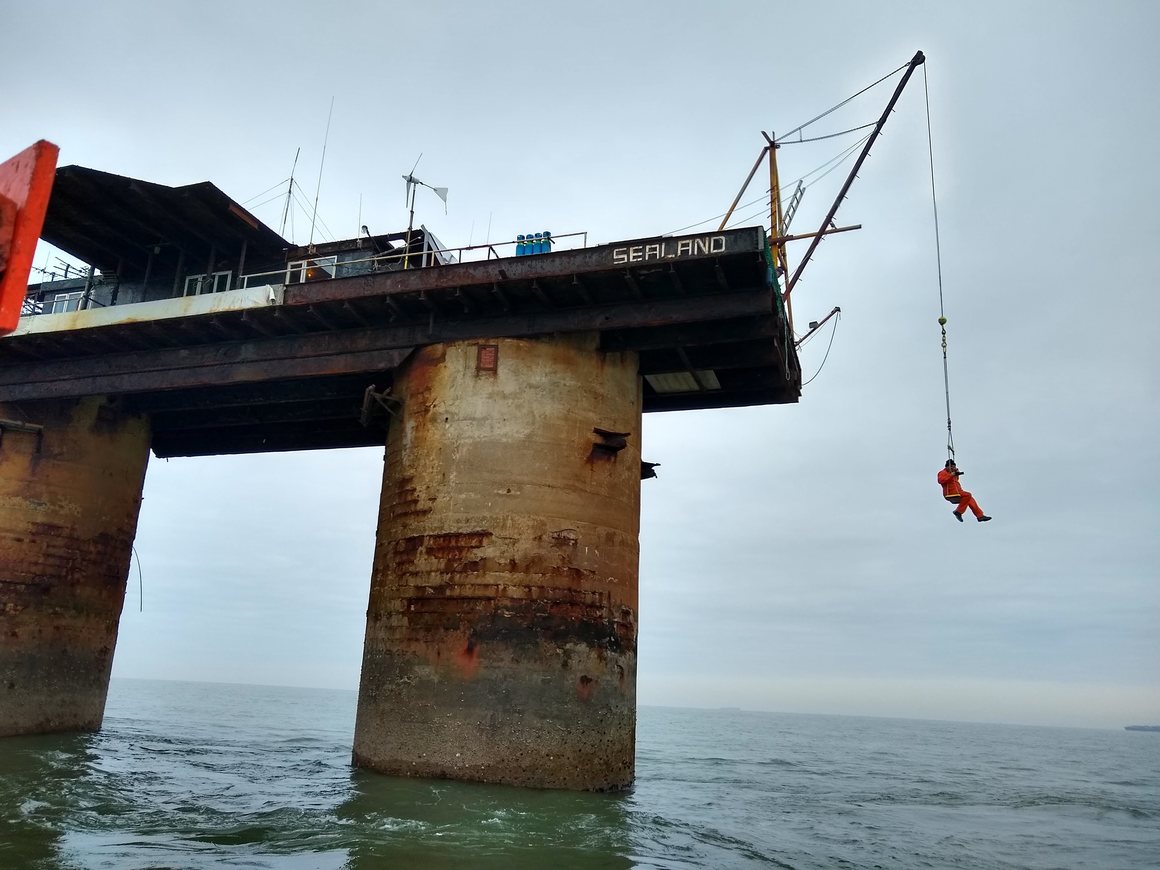 Roy Bates, a Pirate radio operator, commandeered an abandoned concrete gun tower constructed during WWII off the coast of England, and declared it to be the independent Principality of Sealand. Learn more about the fascinating history of that micronation and how it has managed to survive over 50 years! Via Atlas Obscura

The offshore installation that would become the Principality of Sealand began as a naval fort in the North Sea, built to shoot down incoming Nazi bombers: two large, cylindrical concrete towers with a metal platform on top, 60 feet above the water. After the war, the four naval forts erected on this part of the coast were more or less abandoned until the early 1960s, when an enterprising group of DJs took them over to use as offshore pirate radio stations. The BBC was Britain’s only licensed broadcaster at the time, and wouldn’t play the pop music youngsters were eager to hear. Bates, who had his hands in a number of offbeat businesses, took over the one known as Fort Roughs and started Radio Essex, helping usher in a colorful time in broadcasting history, as rival radio stations battled each other and the British government for space on the airwaves.

Bates was known as a “hard bastard of the North Sea,” and he and his early crew were known to defend their fort with fists—and firebombs if need be. The pirate radio era came to an end when the BBC agreed to start playing more rock ‘n’ roll, but Bates knew a good thing when he had it, especially since the fort was in international waters. He christened Fort Roughs “The Principality of Sealand” and declared it to be its own country on September 2, 1967. He had big plans, and statehood could only give the experiment a dose of legitimacy.

A constitution, stamps, passports, and a national anthem followed, with Bates, his wife Joan, and kids Penny and Michael as the first Sealanders. Michael dropped out of school at age 14 to assist, which entailed more fights against would-be invaders and the British government. Documents in the National Archives show official exasperation (and even a bit of humor) when it came to the Sealand situation, as its extraterritorial location meant it was unclear what authority the United Kingdom had over it. Indeed, a technical ruling in 1968 affirmed that British law did not apply on the fort. This, coupled with a few other rulings throughout the years (and a visit from a German diplomat), added further credence to the Sealand’s claims of sovereignty. Today the fort is kitted out with living quarters, a full kitchen, and even a chapel.

Comments Off on Meet the Caretakers of Sealand, the World’s Most Stubborn Micronation