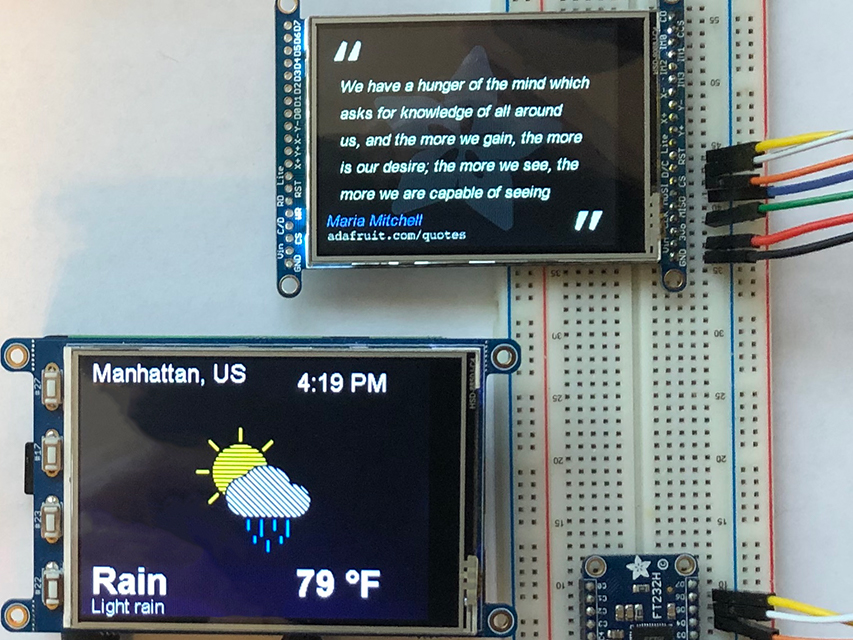 A new guide in the Adafruit Learning System: Running PyPortal Code on Blinka with Displayio.

To make things even easier, we also wrote a version of the PyPortal library that runs on Blinka to make it even easier to get up and running. The Raspberry Pi is already connected to the internet, so we decided to take advantage of this and removed much of the code that handled managing the connections and replaced it with the Linux equivalents.