The Euclid Space Telescope is Coming Together 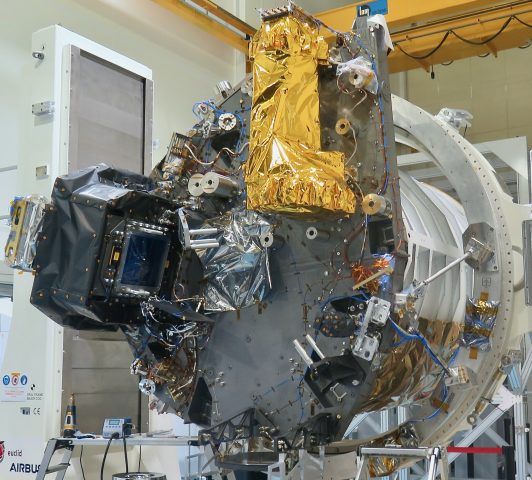 Euclid’s mission is to measure the shapes of more than a billion galaxies, and the accurate redshifts of tens of millions of galaxies across more than one third of the sky. The redshift is an effect caused by the expansion of the Universe. It stretches the wavelength of light emitted by distant galaxies; the further away the galaxy, the more extreme its redshift. The galaxies in Euclid’s survey will span 10 billion years of cosmic history, and allow scientists to investigate the mysterious dark matter and dark energy that are thought to dominate the Universe.

[Euclid’s] two instruments are now built and fully tested. These have been delivered to Airbus Defence and Space in Toulouse, France, where they are now being integrated with the telescope to form the mission’s payload module.

Comments Off on The Euclid Space Telescope is Coming Together