How Many Aliens Are in the Milky Way? 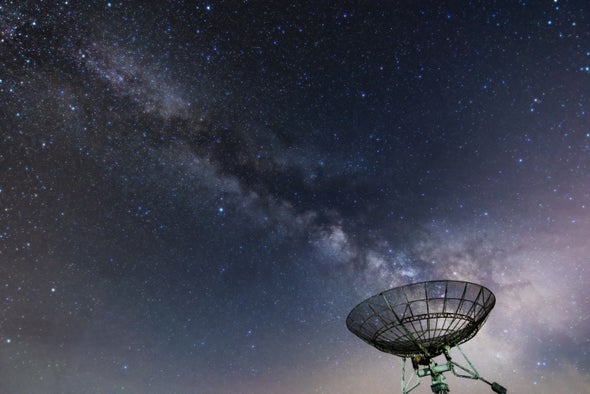 Some astronomers are using statistics to find extraterrestrial life.

In the 12th episode of Cosmos, which aired on December 14, 1980, the program’s co-creator and host Carl Sagan introduced television viewers to astronomer Frank Drake’s eponymous equation. Using it, he calculated the potential number of advanced civilizations in the Milky Way that could contact us using the extraterrestrial equivalent of our modern radio-communications technology. Sagan’s estimate ranged from “a pitiful few” to millions. “If civilizations do not always destroy themselves shortly after discovering radio astronomy, then the sky may be softly humming with messages from the stars,” Sagan intoned in his inimitable way.

Comments Off on How Many Aliens Are in the Milky Way?