The Cyberpunk Anime Classic, Akira, and the Chaos of 2020 #cyberpunk 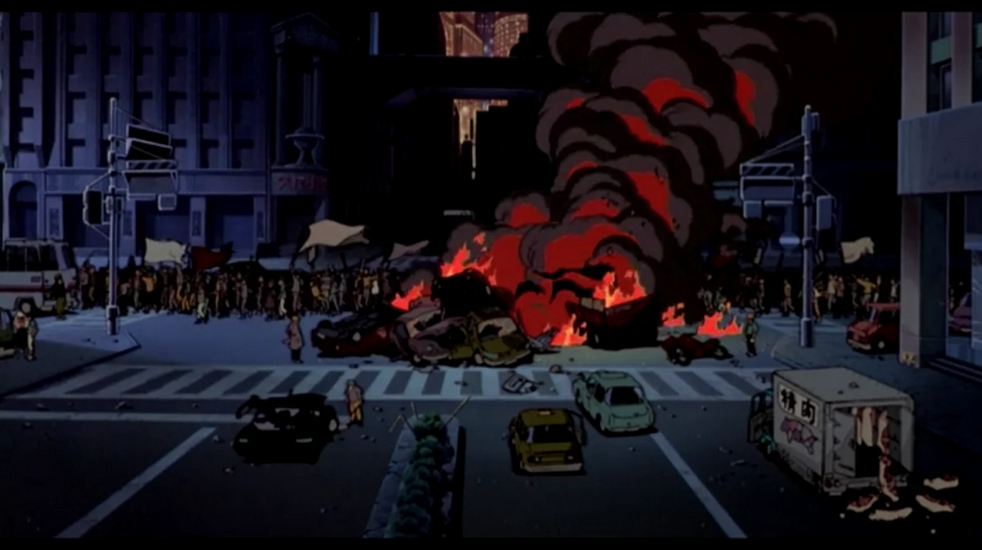 On AV Club, Sam Barsanti takes a look at the film and similarities to events in it and what’s going on in our world today:

As established over the course of the bike chase, there are rising tensions in Neo-Tokyo between the haves and have-nots—a conflict the film draws attention to with the bikers harassing a corporate office drone in a car and a wealthy couple who are literally sitting with their backs to what’s happening on the streets. There’s also a steadily growing protest happening at the same time as the biker duel, with a quick glimpse of a TV news report mentioning that a “skirmish has broken out between student protestors and riot police.” (Note the familiar lack of blame put on either party for starting the fight; TV news is apparently ineffectual in every reality.) In Akira, it’s legitimately unclear why the protest turns violent; one moment there’s a seemingly peaceful march, the next the protestors are flipping over militaristic police vehicles, while—in a moment of dark humor that is darker and less humorous now—a riot cop launches a tear gas canister directly into someone’s chest.

The scene is recognizable even if its causes don’t quite match our circumstances. In our world, protestors are marching against injustice and cops are jumping to lethal force. Things escalate, and while it’s not always clear how exactly that happens, we do know that one side tends to show up looking to talk and the other shows up looking for a fight. In Akira, the protest is about tax reforms, a suggestion that the three decades since the war have been good to the rich people of Neo-Tokyo and to no one else. We’re marching against systemic racism and police violence in 2020, but let’s not forget that our rich people are making out pretty well, too: Billionaires have made billions more over the course of the pandemic while millions of Americans have lost their jobs. (Fox News actually aired a graphic correlating major events of civil unrest and violence against Black people—like the assassination of Martin Luther King Jr. and the Rodney King verdict—with a positive bump in the stock market.)