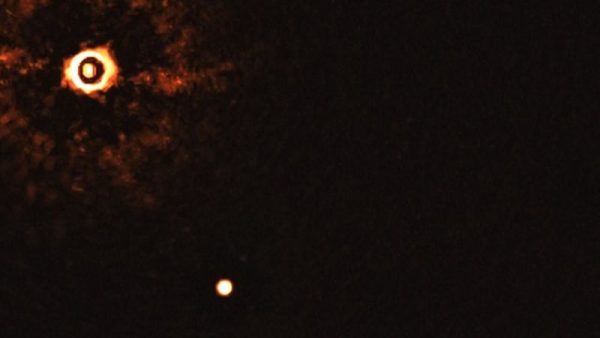 This first-of-its-kind image reveals a star system just 300 light-years from Earth. It was captured by the Very Large Telescope (VLT), which is managed by the European Southern Observatory and located in the Atacama desert of Chile. This is considered the first direct image of multiple exoplanets in orbit around a star similar to our own, according to an ESO press release.

“Even though astronomers have indirectly detected thousands of planets in our galaxy, only a tiny fraction of these exoplanets have been directly imaged,” said Leiden University astronomer Matthew Kenworthy, a co-author of a new paper, published to The Astrophysical Journal Letters, describing this planetary system, in the press release.