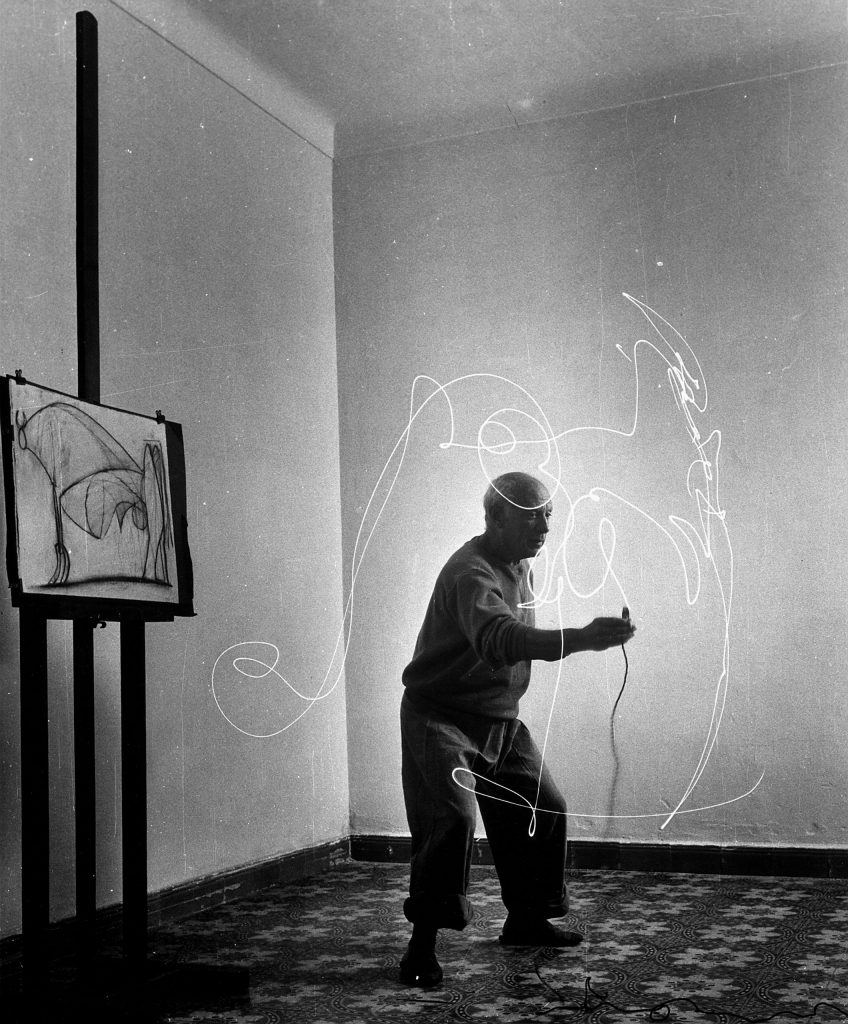 Gjon Mili and Pablo Picasso collaborated on this series in 1949 for LIFE magazine, Via LIFE

When LIFE magazine’s Gjon Mili, a technical prodigy and lighting innovator, visited Pablo Picasso in the South of France in 1949, the meeting of these two artists and craftsmen resulted in something extraordinary. Mili showed Picasso some of his photographs of ice skaters with tiny lights affixed to their skates, jumping in the dark, and the Spanish genius’s ever-stirring mind began to race.

“Picasso” LIFE magazine reported at the time, “gave Mili 15 minutes to try one experiment. He was so fascinated by the result that he posed for five sessions, projecting 30 drawings of centaurs, bulls, Greek profiles and his signature. Mili took his photographs in a darkened room, using two cameras, one for side view, another for front view. By leaving the shutters open, he caught the light streaks swirling through space.”

This series of photographs, known ever since as Picasso’s “light drawings,” were made with a small electric light in a darkened room; in effect, the images vanished as soon as they were created and yet they still live, six decades later, in Mili’s playful, hypnotic images. Many of them were also put on display in early 1950 in a show at New York’s Museum of Modern Art.

Comments Off on Picasso’s light drawings: Story Behind The Iconic series of Photographs #ArtTuesday