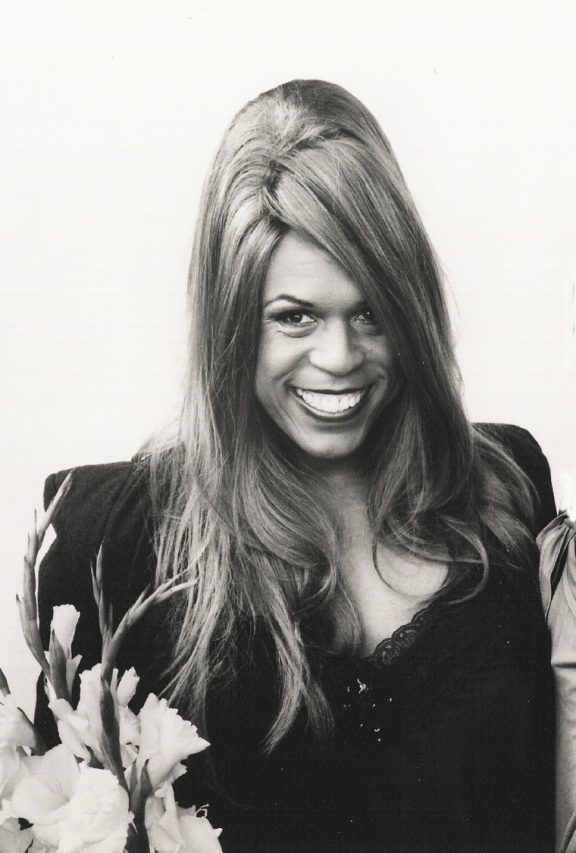 The folks at Hyperallergic were lucky to squeeze in this conversation with Vaginal Davis:

Hyperallergic: Race and camp are not popularly associated, in spite of camp’s place as an invention of Black drag queens. How has that dissonance between the mainstream perception and your historical experience appeared in your life?

Vaginal Davis: The Freakazoid has always been a black queer modality. This goes back to the 19th-century with Black performers becoming famous in Europe for introducing the Cake Walk. Also, the infamous transgender sex worker Peter Sewally alias Mary Jones, AKA Eliza Smith, the so called “Man Monster” of NYC’s Five Points area. She was conveniently left out of the Martin Scorsese film about the era, Gangs of New York.

The notion of freaky-ness as expressed in race is seldom addressed. The Black freak is a comic take on Black eccentricity, the historic weight of (e)motive notions, weirdness and freaky-ness as an act of organic resistance. Everything that is culturally fascinating and interesting in the world originated in the Black queer demimonde then gets adapted by the Black straight populace, then co-opted into dominant or popular culture.

Comments Off on Vaginal Davis on Race, Camp, Art, Artists and more with Hyperallergic #ArtTuesday