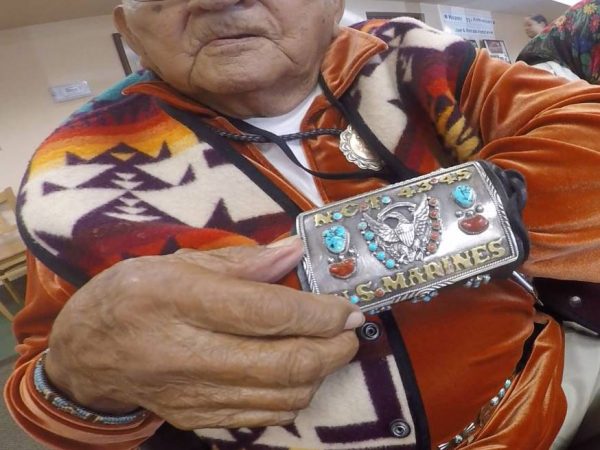 Here’s more from the Smithsonian Institution’s National Museum for the American Indian:

For thousands of years, American Indian men have protected their communities and lands. “Warrior” is an English word that has come to describe them. However, their traditional roles involved more than fighting enemies. They cared for people and helped in many ways, in any time of difficulty. They would do anything to help their people survive, including laying down their own lives.

Warriors were regarded with the utmost respect in their communities. Boys trained from an early age to develop the spiritual, mental, emotional, and physical strength they would need to become warriors. Many tribes had special warrior societies, which had their own ceremonies, songs, dances, and regalia that they wore. Usually, a warrior had to prove himself before being asked to join a warrior society. It was a great honor to be chosen in this way.

Despite everything that American Indians had endured in the past, the warrior tradition—the tradition of protecting their people—called many of them to serve in the United States military. They cared about their communities and the lands on which their people had lived for thousands of years. Many of them also served out of a sense of patriotism, wanting to defend the United States. For some American Indians, the military offered economic security and an opportunity for education, training, and world travel. 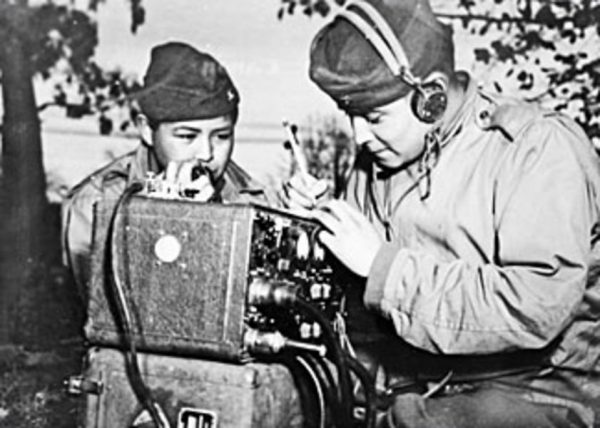 In World War I, Choctaw and other American Indians transmitted battle messages in their tribal languages by telephone. Although not used extensively, the World War I telephone squads played a key role in helping the United States Army win several battles in France that brought about the end of the war.

Beginning in 1940, the army recruited Comanches, Choctaws, Hopis, Cherokees, and others to transmit messages. The army had special American Indian recruiters working to find Comanches in Oklahoma who would enlist.

The Marine Corps recruited Navajo Code Talkers in 1941 and 1942. Philip Johnston was a World War I veteran who had heard about the successes of the Choctaw telephone squad. Johnston, although not Indian, had grown up on the Navajo reservation. In 1942, he suggested to the Marine Corps that Navajos and other tribes could be very helpful in maintaining communications secrecy. After viewing a demonstration of messages sent in the Navajo language, the Marine Corps was so impressed that they recruited 29 Navajos in two weeks to develop a code within their language.

National Museum for the American Indian