How Birds Evolved Their Incredible Diversity 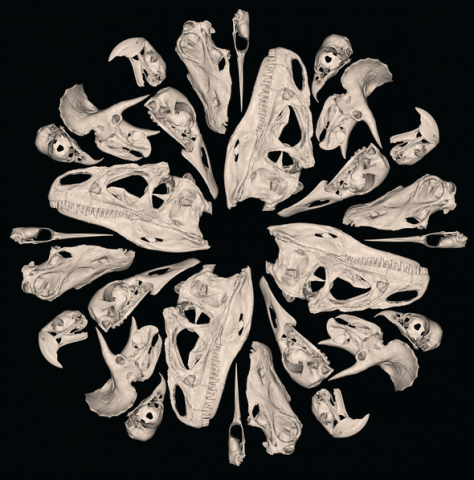 New evidence shows that the pace of bird’s evolution might have been much slower than their dinosaur predecessors.

Scientists have tended to view modern bird diversity as the result of a burst of evolutionary activity that occurred after the mass extinction that wiped out the nonbird dinosaurs. (Birds are themselves dinosaurs, the only lineage to survive to the present day.) The idea was that after the dinosaur-killing asteroid crashed into Earth 66 million years ago, birds had the place largely to themselves. Free of competition from other dinosaurs (not to mention a whole bunch of other vertebrates that also perished, including the pterosaurs, those flying reptiles that had long ruled the skies), birds abruptly exploded into a multitude of forms to fill the many newly vacant ecological niches.

Comments Off on How Birds Evolved Their Incredible Diversity