It is always hard to assess the full and lasting impact that an artist, work of art, or a cultural moment will have, especially as that impact accretes through time. Following the “lipstick traces” of such cultural influence can take you to some very interesting and unexpected places. 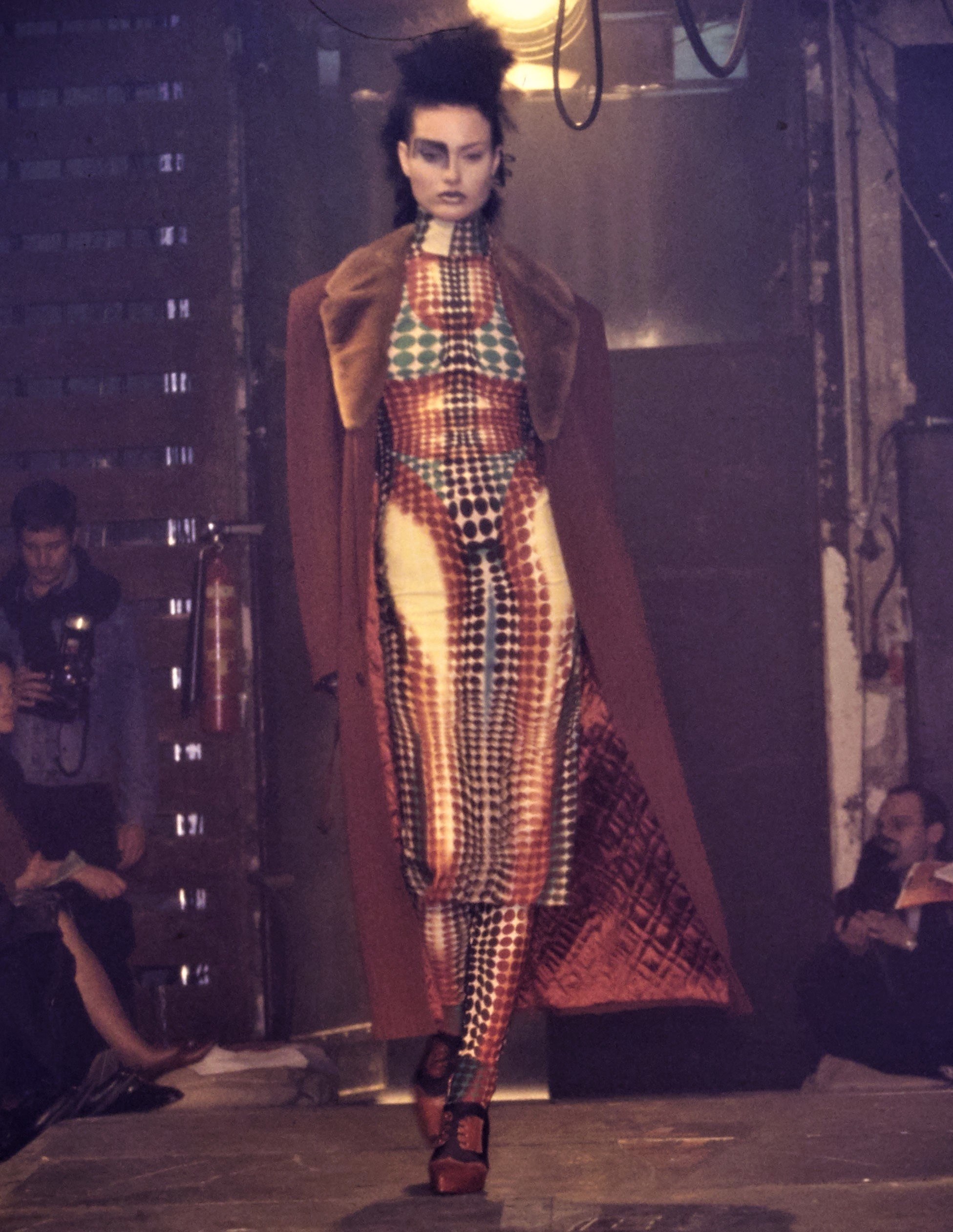 One such strange nexus in the history of cyberpunk is Jean Paul Gaultier’s 1995 fall/winter fashion show at Le Trianon theater in Paris. Officially titled the “Horsewomen and Amazones of Modern Time,” but commonly known as the Cyber show, this groundbreaking runway spectacular would create a huge and lasting impact crater (in the fashion world and beyond) and is now considered one of the most influential fashion shows in history.

During the time of the show, Gaultier was deeply immersed in designing all of the costumes for Luc Besson’s film, The Fifth Element. The concerns of this upcoming sci-fi film, and its dystopian influences of cyberpunk sci-fi, the French comics artist Moebius, and the Mad Max films, especially Mad Max: Beyond Thunderdome (released earlier that summer), were top-most in Gaultier’s mind as he dreamed up his collection. 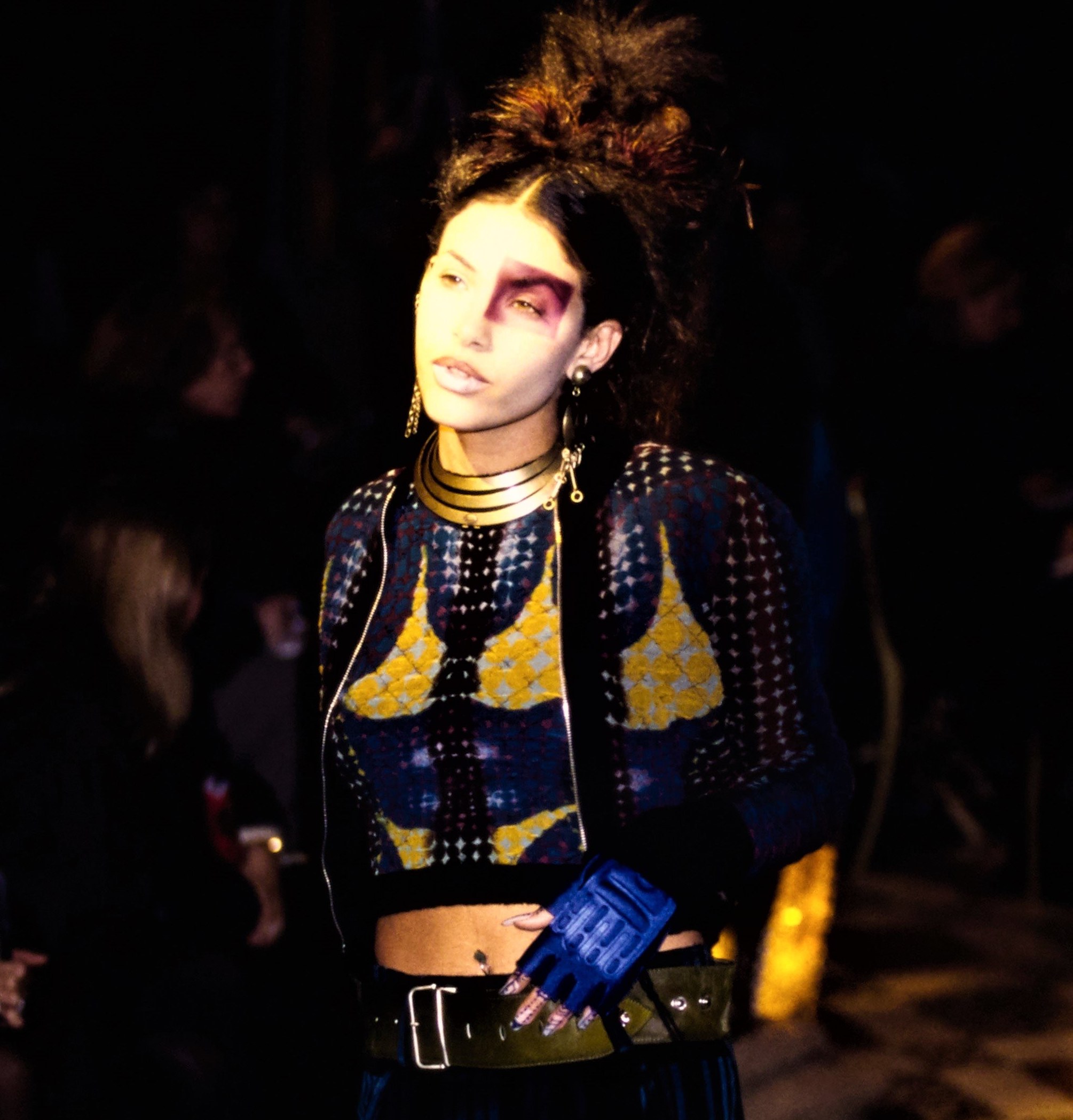 The burgeoning computer revolution and the Internet of the mid-90s also served as muses. This was one of the first fashion shows to incorporate computer-generated fabric designs. The designs were inspired by French-Hungarian artist Victor Vasarely, considered the godfather of op art. Gaultier also used lighting in some of the decorated football-like shoulder pads (obviously influenced by Beyond Thunderdome) and he even created embroidered computer chips to adorn outfits. Other tech found in the show included handheld hair dryers used to inflate some of the pieces.

Looking at this Vogue video now, one of the more striking things is his prescient use of facemasks in his vision of the future and blocks of makeup on the models’ faces (created by French makeup artist Topalino) that remind us of the experiments artist are currently doing in anti-surveillance makeup. 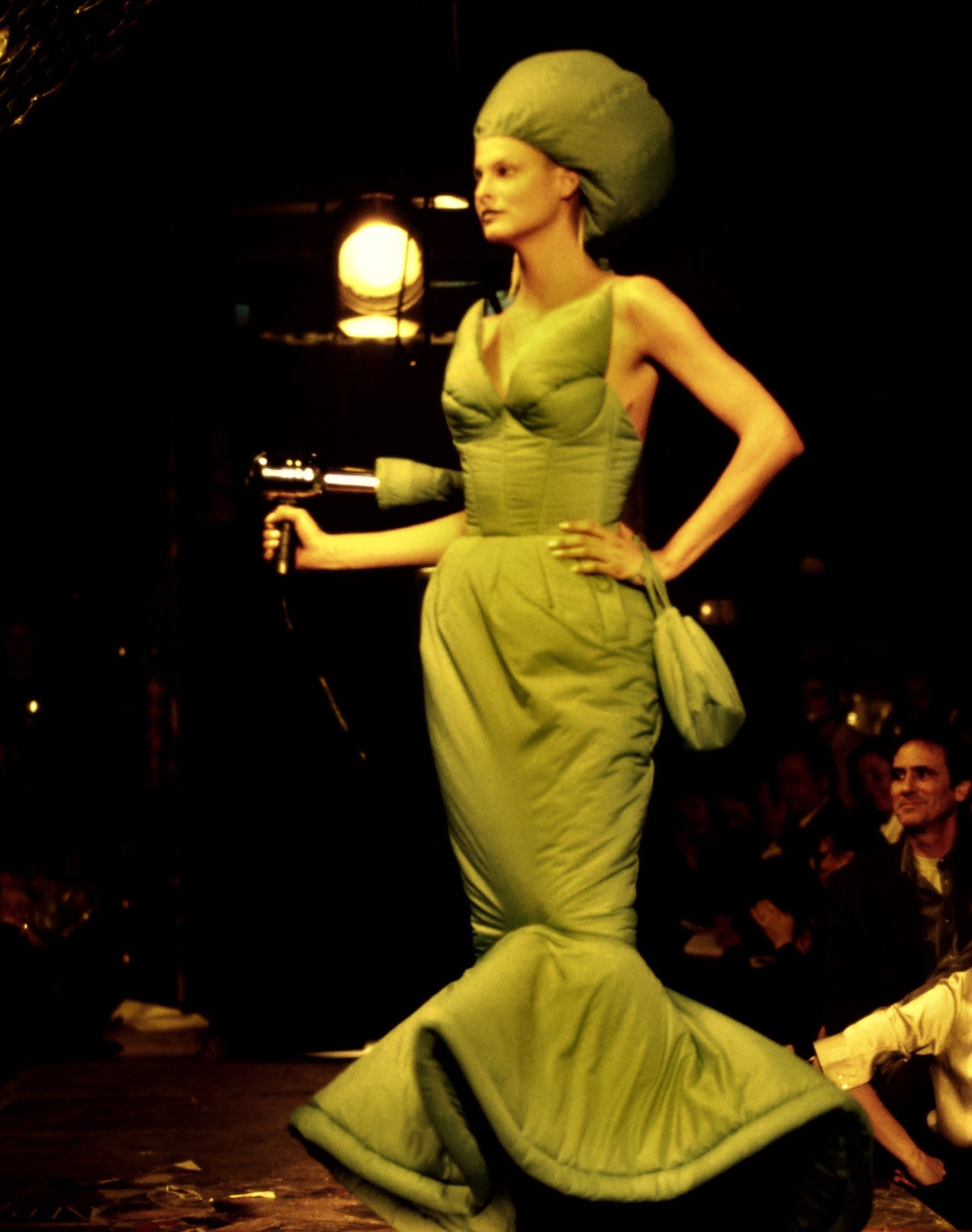 It is easy today to underestimate the forward nature of this show and how it changed the fashion world. While dystopian in theme, it featured a far more relaxed and friendly club-like atmosphere. Models smiled, took their time down the runway, and interacted with the audience. The show featured women and men of different colors and ethnicities, different ages. There were pregnant women with clothing designs featuring their bellies. It was a gloriously chaotic celebration of diversity, club culture, high tech/low life, and a street-wise, “beautifully disheveled” sensibility that had never been seen on the runway before. This show would give designers a whole new license to experiment, to incorporate fun and camp, and to not be afraid to paint outside the lines of the fashion establishment.

The world would get an even more breathtaking view of the work Gaultier was designing at this time when The Fifth Element would premier two years later. The surreal alien opera scene aboard a floating hotel in the film is dazzling in a way that quickly blows out one’s novelty and inventiveness circuits. This is futuristic alienness that George Lucas could have only dreamed about for his Star Wars cantina scene. 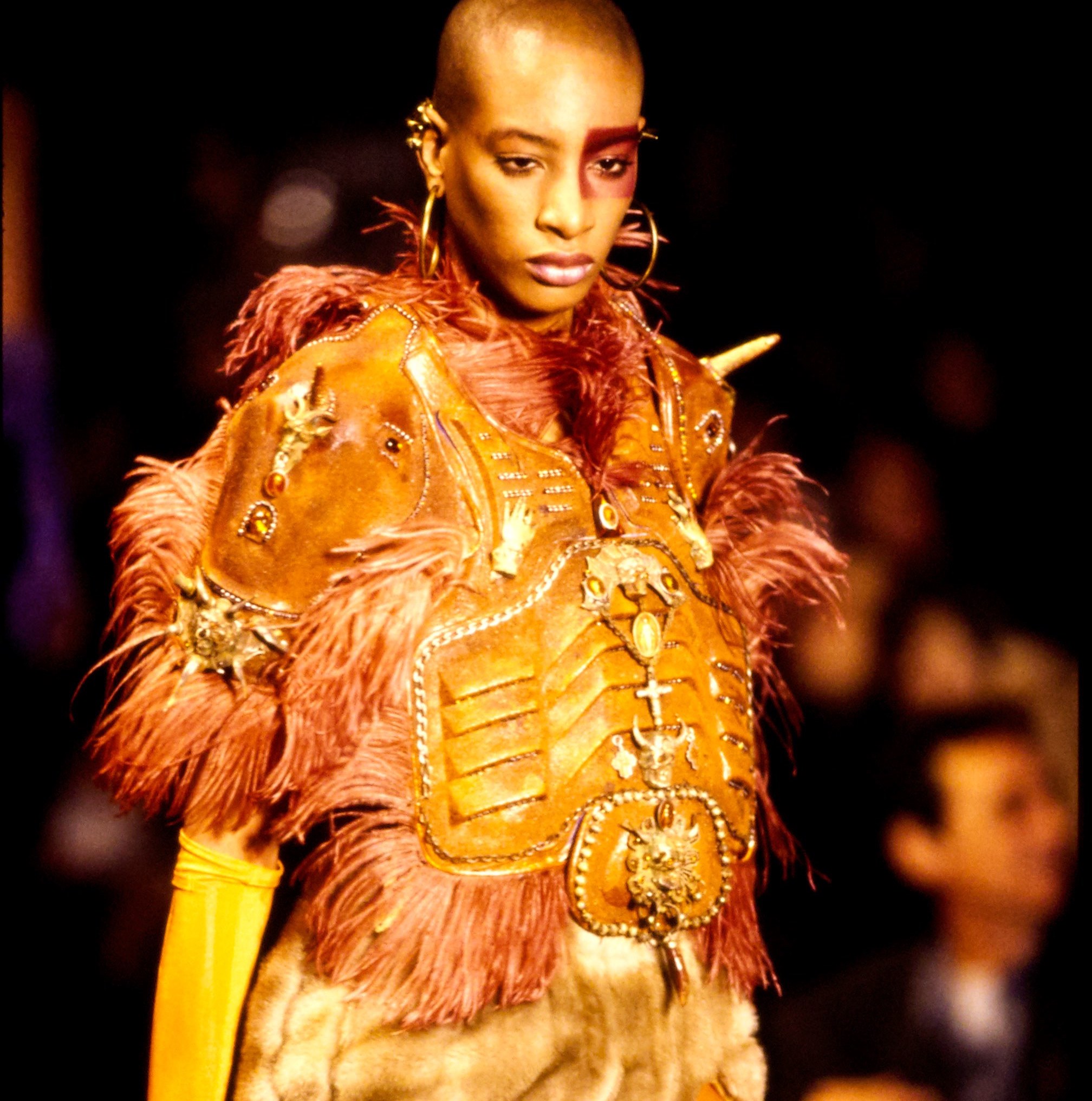 Here is a full gallery of all of the pieces from the show.