Did You Know That Warren Zevon Did a Cyberpunk Record? #cyberpunk 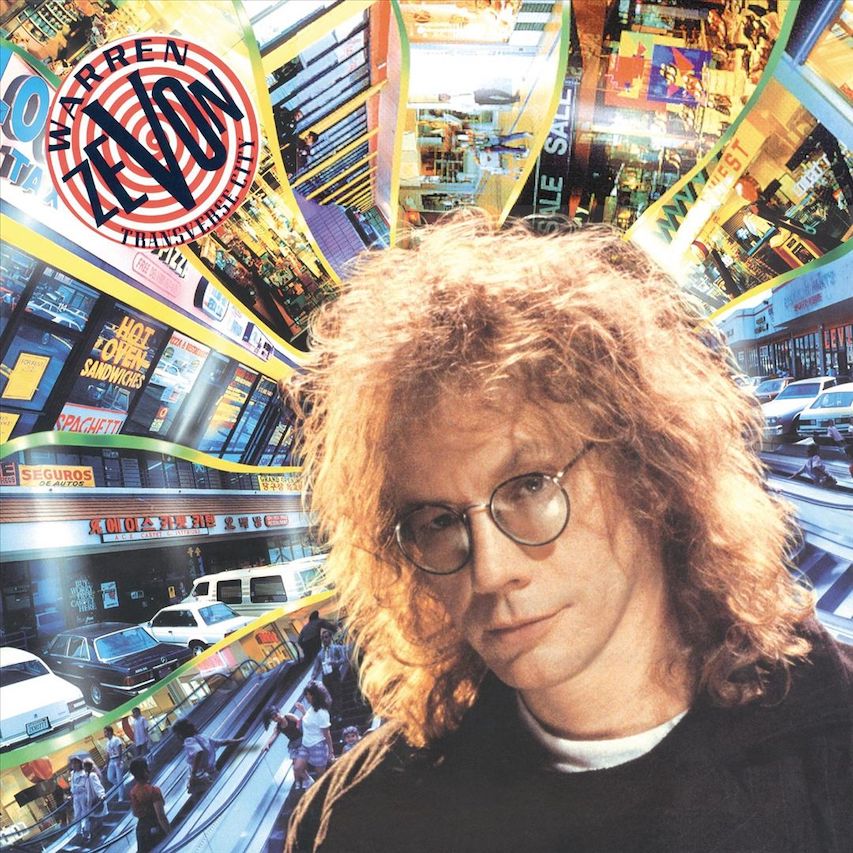 When you think about cyberpunk-related or inspired music, you’re likely to think of industrial bands like Front 242, Frontline Assembly, and Clock DVA, or electronica like synthwavers Perturbator or Com Truise, or perhaps cyberpunk soundtracks, like Vangelis’s Blade Runner or John Carpenter’s Escape from New York. Billy Idols’ Cyberpunk?

What name doesn’t likely spring to mind is rock singer-songwriter Warren Zevon, best known for “Werewolves of London,” “Lawyers, Guns, and Money,” and “Roland the Headless Thompson Gunner.” But, in 1989, Zevon released a record, called Transverse City, that seemed thematically out of left field for him at the time.

The record was directly inspired by Zevon’s reading of William Gibson’s Sprawl novels. Like the cyberpunk that inspired it, Transverse City is Warren’s dystopian vision of a future-now. Lyrically, it also reads like a giant f*ck you to the Reagan-era 80s.

Zevon, who passed away from cancer in 2003, has been called “the mad poet of LA.” A brilliant lyricist who never enjoyed his propers, Transverse City sees that poetry in fine form as he composes a dark urban vision of anger, emptiness, absurdity, and the banality of evil. It’s a concept record about modern America on the brink. It is definitely the darkest album in his catalog. Sadly, besides “Down on the Mall” and “Networking, missing on much of the record is the usual sarcastic humor that tended to leaven his often cynical and angry compositions.

Songs on the record include the title track, “Transverse City,” which offers a grim portrait American urbanism while melodically sounding like it could be a reaction to Guns ‘N Roses’ vapid “Paradise City” which came out a few years earlier:

“Run Straight Down” depicts a world that’s dying while we simply sit and watch it all happening on TV:

And it’s worse when I try to remember
When I think about then and now
I’d rather see it on the news at eleven
Sit back, and watch it run straight down

This song jarringly sounds like a Pink Floyd track, even beyond the fact that Floyd guitarist David Gilmore plays on it. Gilmore is only one of the all-star cast of guest players here which include such diverse musical muscle as jazz great, Chick Corea, studio titan, Mark Isham, Jefferson Airplane’s Jack Cassidy, Hot Tuna’s Jourma Kaukonen, Neil Young, Jerry Garcia, and a dizzying array of other A-list players. This lineup reminds us of the fact that Warren Zevon was first and foremost a musician’s musician.

One of the funniest, most classic Zevon tracks on the record is “Networking,” which sounds downright prescient for the late 80s:

Networking, I’m user friendly
Networking, I install with ease
Data processed, truly Basic
I will upload you, you can download me

Other songs on the album find Michael Jackson and Goofy walking hand-in-hand through Disneyland (“Splendid Isolation”), a driver snarled in endless commuter traffic dreaming of going postal (“Gridlock”), and “Turbulence” in which a Russian soldier, stuck in Afghanistan, laments the fact that “turmoil back in Moscow brought this turbulence down on me” (something we can strangely relate to today).

Like Billy Idol’s Cyberpunk, Transverse City was a kink in Zevon’s artistic timeline that many critics and fans couldn’t negotiate. As with Idol’s record, time has been kinder to Transverse City and it seems people are coming around to a better understanding of this ambitious and unapologetically apocalyptic record.