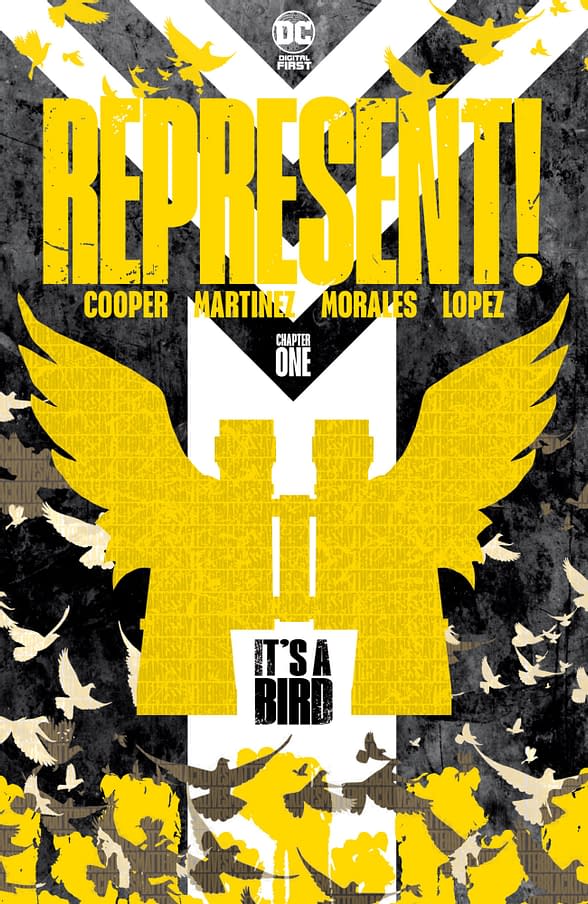 It was Hannibal Tabu who recently noted that the three most senior figures at DC Comics right now are all people of colour. Expectations and attitudes are changing, and through their publication of super-heroic fiction, comics and comic book characters have been pushing through regarding the idea of representation.

Today DC Comics has launched a new digital-first comic book, called Represent! The first issue is free and available now, It’s a Bird by Christian Cooper and Alitha E. Martinez. You may recognise Christian Cooper as the former Marvel Comics editor and Star Trek comics writer accosted in New York’s Central Park while birdwatching, with threats that the person would call the police and tell them that an “African American man” was threatening her, with all that this implied. The event received national coverage and was a contributing factor to the rise of the #BlackLivesMatter movement.