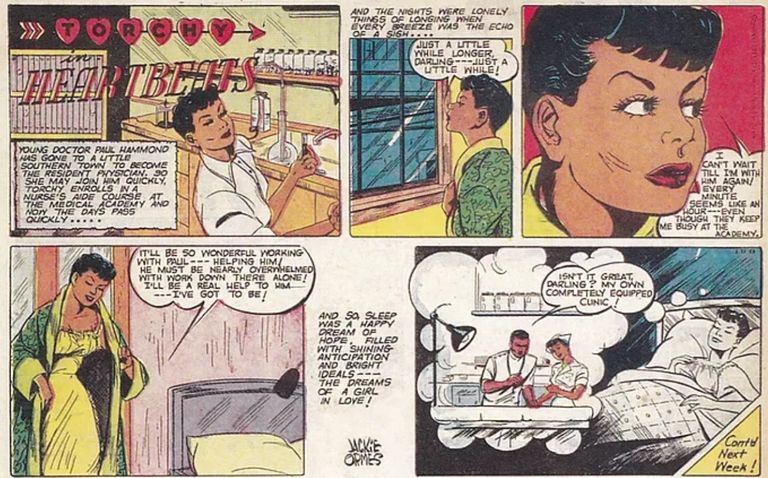 Ormes was the first black woman with a syndicated comic strip and in 2018 she was inducted to the Will Eisner Comics Hall of Fame. Ormes used her talents and humor to fight for social justice.

It may not seem radical today, but penning such a political cartoon was a bold and brave statement for its time — especially for the artist who was behind it. This cartoon was drawn by Jackie Ormes, the first syndicated African American woman cartoonist to be published in a newspaper. She was known for working between the 1930s and the 1950s for black newspapers like The Pittsburgh Courier and The Chicago Defender (Barbara Brandon-Croft was the first African American woman cartoonist published in the mainstream American press). Ormes was ahead of her time, as she regularly responded to issues that concerned the black community through her art. Despite all her efforts, though, she has only recently garnered some noteworthy accolades.

Comments Off on The Subtle Radicalism of Cartoonist Jackie Ormes #Comics