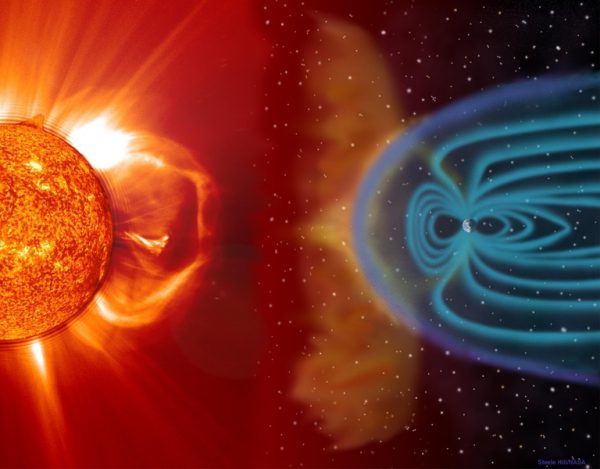 The ability to forecast space weather similarly to the way we do here on Earth could help prevent unimaginable phenomena.

The aurora and the damage that followed were later attributed to a geomagnetic storm caused by a series of coronal mass ejections (CMEs) that burst from the sun’s surface, raced across the solar system, and barraged our atmosphere with magnetic solar energy, wreaking havoc on the electricity that powered the telegraph system. Although we no longer rely on the global telegraph system to stay connected around the world, experiencing a geomagnetic storm on a similar scale in today’s world would still be catastrophic. Such a storm could cause worldwide blackouts, massive network failures, and widespread damage to the satellites that enable GPS and telecommunication — not to mention the potential threat to human health from increased levels of radiation. Unlike storms on Earth, solar storms’ arrival and intensity can be difficult to predict. Without a better understanding of space weather, we might not even see the next great solar storm coming until it’s too late.