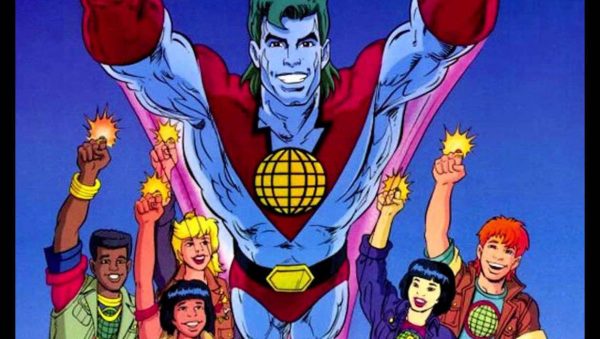 SyFy looks at Captain Planet and how our engagement with media can change our perception of the world and inspire change.

The animated superhero series was first broadcast by TBS on Sept. 15, 1990, and followed the story of five teenagers with magical rings (the Planeteers) fighting to save the world from pollution with the help of a “superhero” (Captain Planet) who formed when the Planeteers’ power came together. Though Captain Planet was never as popular as Teenage Mutant Ninja Turtles, it performed well enough to run for six seasons from 1990 to 1996 — with the series run from 1993 to 1996 being retitled The New Adventures of Captain Planet and airing on Turner Program Services — and have a spin-off video game, action figure line, Marvel comics limited series, and promotional crossover with Burger King. Today it is perhaps best remembered for its catchy theme song, whose lyrics many millennials still know by heart.

Comments Off on The Legacy of Captain Planet 30 Years Later