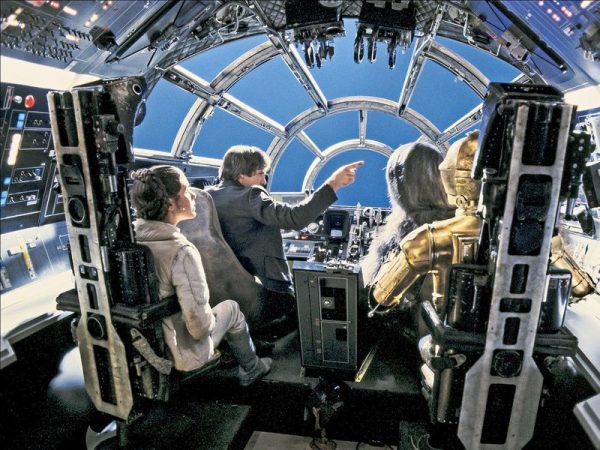 Some 45 shots later—about 75 seconds of screen time—Jek Porkins’ X-wing fighter becomes the first casualty of the desperate raid. The visual cues that inspired the starfighter’s demise came from a panning shot taken by a nervy U.S. Navy cameraman in the midst of a harrowing kamikaze attack in the Pacific more than 30 years earlier. The sailor captured the final moments of a Japanese Zero as it burnt up over the deck of an American aircraft carrier. As VFX artist Paul Huston described the shot in the book Star Wars Storyboards: The Original Trilogy, “[An artist] would show me a shot of a Japanese Zero flying left to right in front of a conning tower of an aircraft carrier and say, ‘The aircraft carrier is the Death Star, the Zero is an X-wing. Do a board like that.’ ” The art became storyboard 168, shot 245, which was entitled, “PORKINS’ X WING COMES APART IN FLAMING PIECES.”

Comments Off on The Real Aerial Battles That Inspired Star Wars