In the late 1800s and early 1900s, as the United States was transitioning from horse-drawn carriages to automobiles, Charles Richard Patterson started a small manufacturing company. At first the company made buggies, but soon the company came to manufacture automobiles. To this day, C.R. Patterson & Sons is the only Black owned and operated automobile company. Here’s more from the National Museum of African American American History and Culture:

Charles Richard Patterson was born into slavery on a Virginia plantation in 1833. Not much is known about his life on the plantation, and historians have to sift through conflicting reports about how he came to settle in Greenfield, Ohio, a town with strong abolitionist sympathies. Some say his family arrived in the 1840s, possibly after purchasing their freedom; others suggest Patterson alone escaped in 1861. In any case, he learned the skills of the blacksmith and found work in the carriage-making trade, where he developed a reputation for building a high quality product. 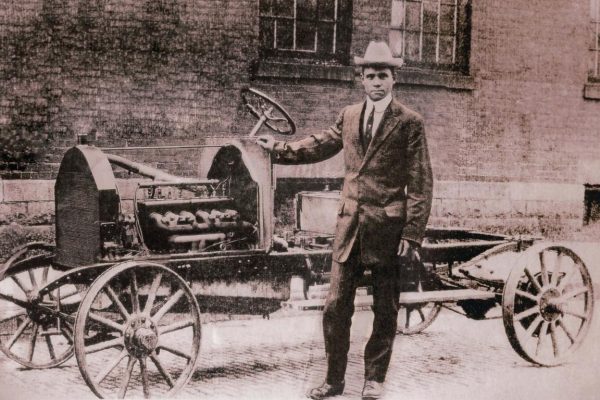 In 1873, he formed a business partnership with another carriage maker in town, J.P. Lowe, who was white, and eventually became sole proprietor of the renamed C.R. Patterson & Sons in 1893. It was a successful business employing an integrated workforce of 35-50 by the turn of the century, and Charles Patterson became a prominent and respected citizen in Greenfield. His catalog listed some 28 models, from simple open buggies to larger and more expensive closed carriages for doctors and other professionals.

Comments Off on The Only Black Owned and Operating Automobile Manufacturing Company: C.R. Patterson & Sons of Greenfield @mfgday #MFGDay20