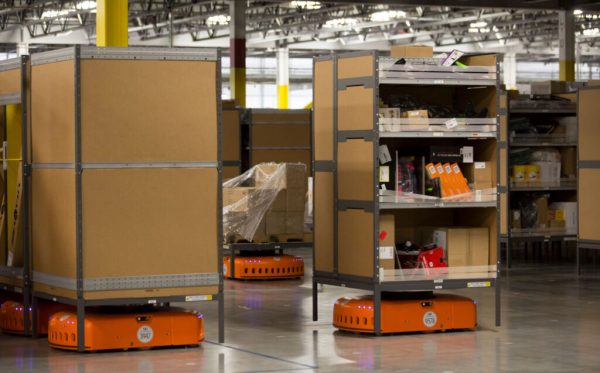 Even before the pandemic has sped up conversations about more automation in manufacturing and warehouse work, Amazon has been on the cutting edge of robotics in warehouses and fulfillment. Now it is being reported through internal Amazon data shows automated warehouses have higher injury rates. Here’s more from the Center for Investigative Reporting:

The robots were too efficient. They could bring items so quickly that the productivity expectations for workers more than doubled, according to a former senior operations manager who saw the transformation. And they kept climbing. At the most common kind of warehouse, workers called pickers – who previously had to grab and scan about 100 items an hour – were expected to hit rates of up to 400 an hour at robotic fulfillment centers.

As far back as December 2015, just over a year after Amazon debuted its fleet of robots, OSHA issued a hazard alert letteragainst an Amazon robotic warehouse in New Jersey. OSHA called out Amazon for conditions that resulted from the robotics innovation: “The company exposed employees to ergonomic risk factors including stress from repeated bending at the waist and repeated exertions, and standing during entire shifts up to 10 hours, four days a week and sometimes including mandatory overtime shifts.”