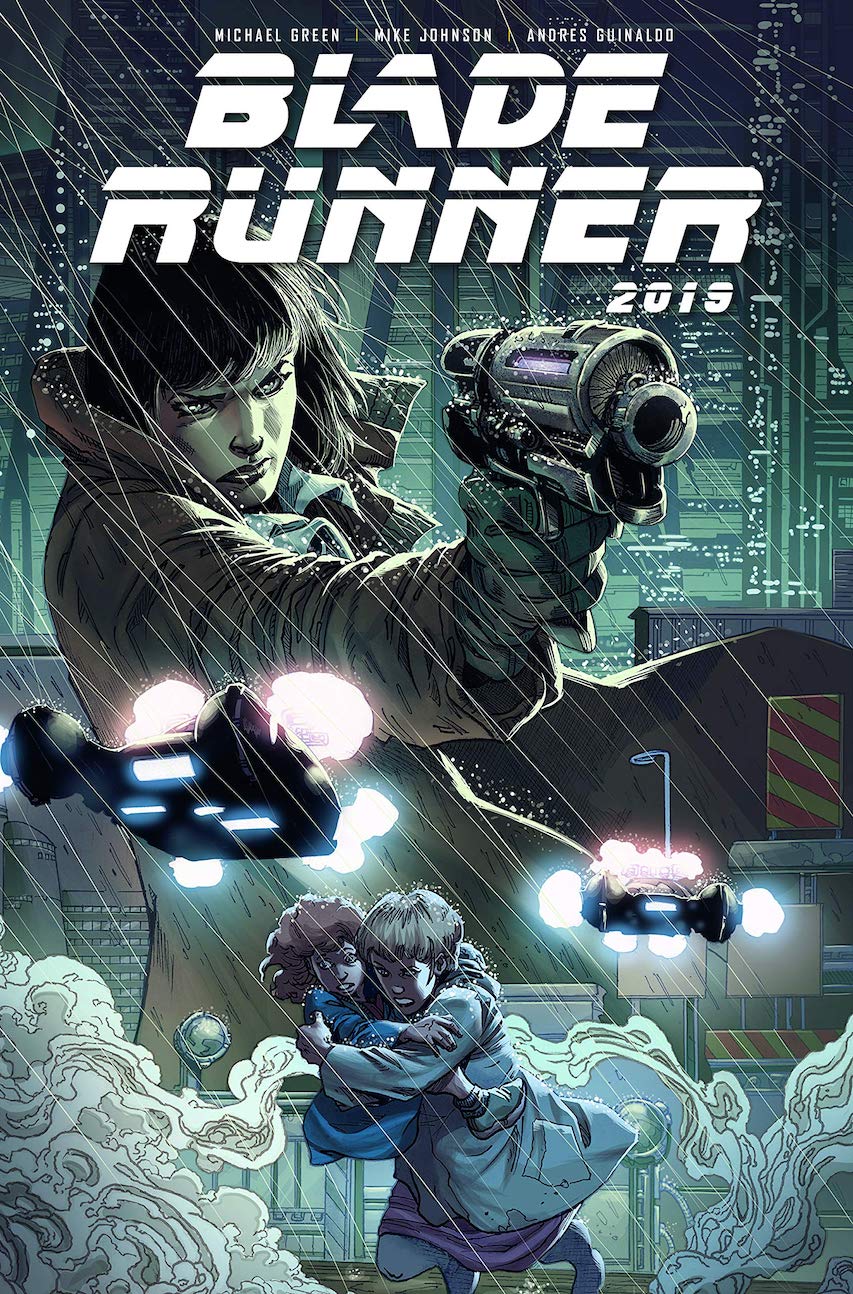 A few weeks ago, I took a look at Trauma Team, the new Cyberpunk 2077 comic that Dark Horse is publishing. I liked it OK, but it didn’t really wow me. So, when I decided to finally check out Blade Runner 2019, a series that Titan has been producing since the summer of 2019, I did so with minimal expectations.

I was pleasantly surprised by how much I found Blade Runner 2019 light years beyond Trauma Team. I was looking for a guilty pleasure. What I got was one of the best comics I’ve read in a while. The books are written by Michael Green (Blade Runner 2049, American Gods) and Mike Johnson (Star Trek, Supergirl) with art by Andres Guinaldo (Justice League Dark, Captain America). 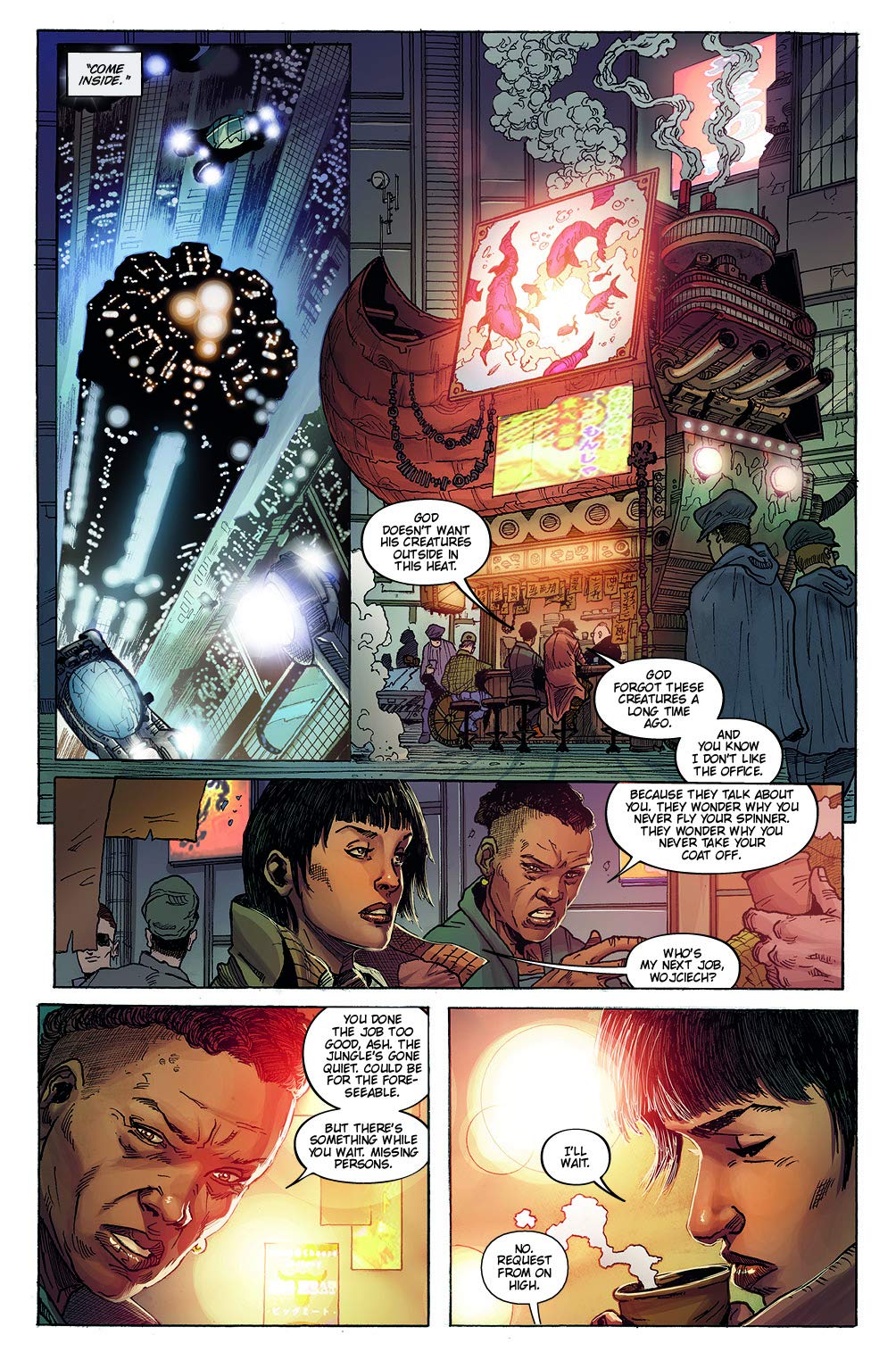 Blade Runner 2019 takes place in the same world as the 1982 Ridley Scott film. It too is about a Blade Runner, a female detective named Ash. After Detective Ash appears to have retired all of the rogue Replicants in LA, her boss assigns her a missing persons case she says Ash can’t refuse. The missing are the mother and young daughter of a billionaire businessman with deep and mysterious ties to the Tyrells.

The books are impressively written, with smart, edgy writing and pacing, and dialog that is quite moving at times. My only criticism is that, gender differences aside, Blade Runner 2019 is a bit of the same story — a cynical, hard boiled detective in near-future LA, retiring androids while talking about the Voight-Kampff machine and flying past noodle stands, animated geisha billboards, and the Off World Colonies blimp in her spinner car.

To be fair, it is the same time and location as the original film, so some of this is forgivable. And any eye-rolling at possible audience pandering is made up for in a really engaging, well-crafted story. It’s also refreshing to have a female detective as the lead. They obviously could’ve just gone for the further Replicant-retiring adventures of Rick Deckard. 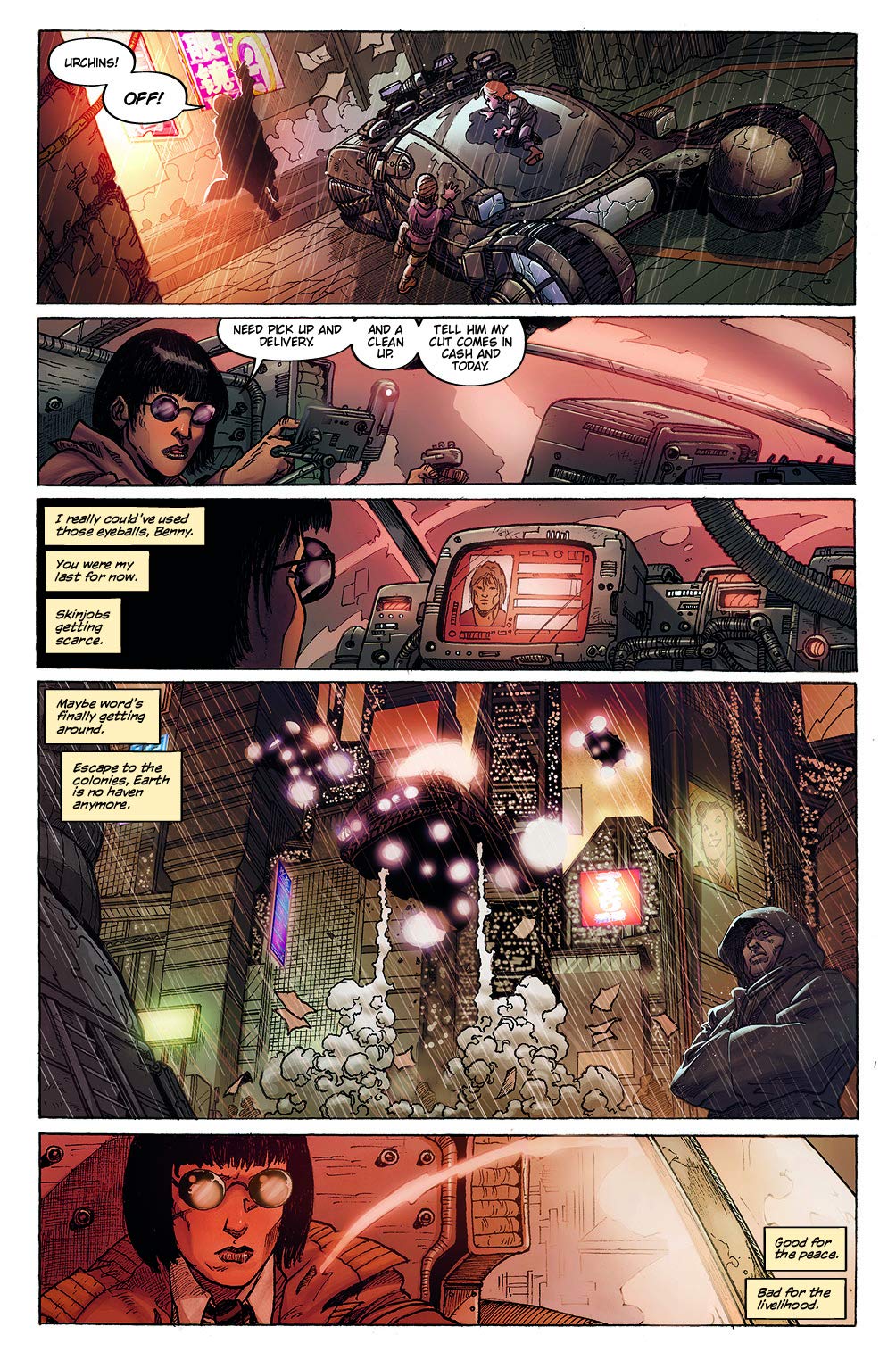 There are 16 books slated in the series. The first 8 issues have been collected into two trade paperback volumes with Volume 3 due out in February 2021. The individual issues are up to #12 and can be found on Comixology.