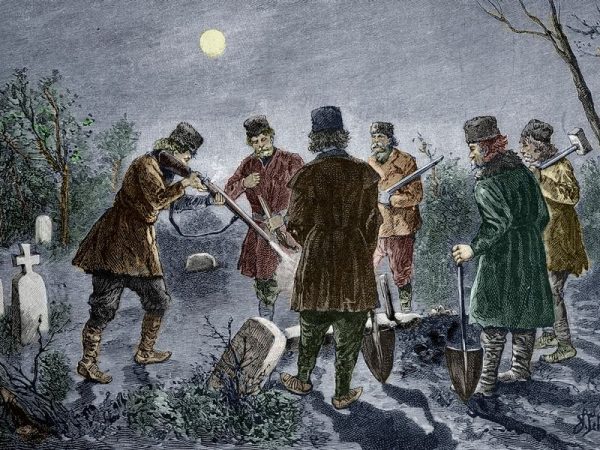 Vampire history with hints of zombies.

In 1721, London curate Thomas Lewis, concerned about the mephitic stink of decomposing flesh seeping from overstuffed tombs into his church, published a pamphlet, “Seasonable Considerations on the Indecent and Dangerous Custom of Burying in Churches and Church-yards”. The noxious vapors, he believed, desecrated the space, distracting his congregation from prayer. Lewis claimed that the odors also caused diseases like plague, smallpox and dysentery.

Lewis’ view of the dead as dangerous to the living was based in contemporary scientific thinking which, in the 1720s, hadn’t quite broken free of medieval superstition. A few years later, on the other side of Europe, in the village of Kisiljevo, on the outskirts of the Hapsburg Empire, locals similarly blamed a corpse for spreading disease — but via a radically different method of transmission.