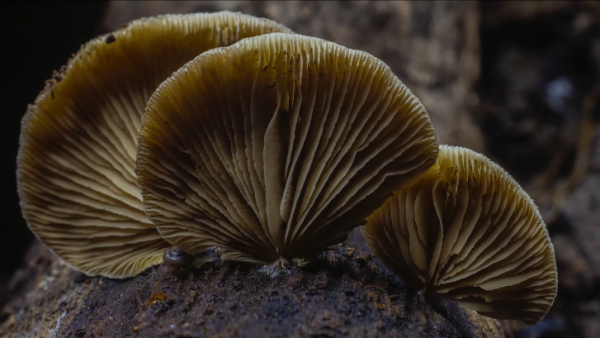 But what Reiser captured in his video is only part of the mushroom’s story. Mushrooms are not a plant—they are part of a fungus, much of which is hidden underground. Fungi are made of mycelium, a network of fine white filaments akin to the roots of a plant. The mushroom is just the fruiting body, similar to an apple on a tree. But unlike plants that grow through photosynthesis, fungi get their food from digesting organic material. That is why they are often spotted on rotting wood and decaying plants.

Comments Off on Time-Lapse of Growing Mushrooms