That part number is quite a mouthful, but also pretty descriptive since 4030 is the size of the mic (4x3mm) and I2S is the interface it uses for audio. The reason we picked this for EYE on NPI? It’s the only top-ported I2S microphone available on Digi-Key and we’ve been looking for one for a while! 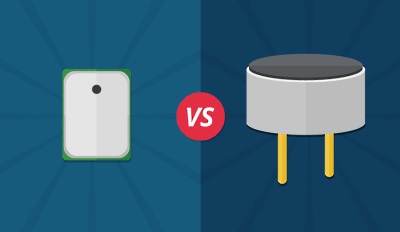 If you’ve ever designed a product with a microphone input you know you basically have two choices – good ol’ electret microphones or MEMS-based mics. Electrets have been around for decades, are very inexpensive and easy to use. However, they have a few big downsides – one is you can’t SMT reflow them (or at least, not any of the low cost one’s we’ve ever seen or used) – they must be hand/selective/wave soldered instead. 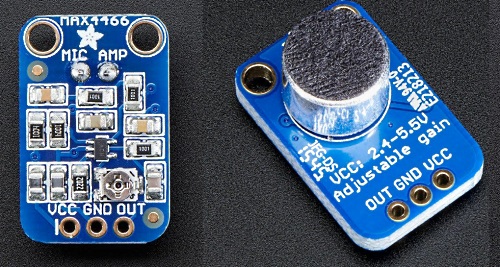 Two, they are analog output and need an amplifier. The amplifier is not a big deal, but if you want to have digital input into your chip, single board computer, or FPGA, you need to then get a separate I2S audio converter chip.  Either way, if you’re trying to avoid non-SMT assembly steps, that low cost electret isn’t as low cost anymore!

OK so next you look at MEMS mics – created by measuring the capacitance change in a MEMS diaphragm when sound pushes it towards a matching plate. Because they are solid state, you can pick and place and SMT reflow them for easy manufacture. They’re also much smaller and thinner than electrets, so they’re great for making tight builds. So, problem number one is solved! And, unlike electrets, you can get them with three different output options: analog, PDM and I2S. 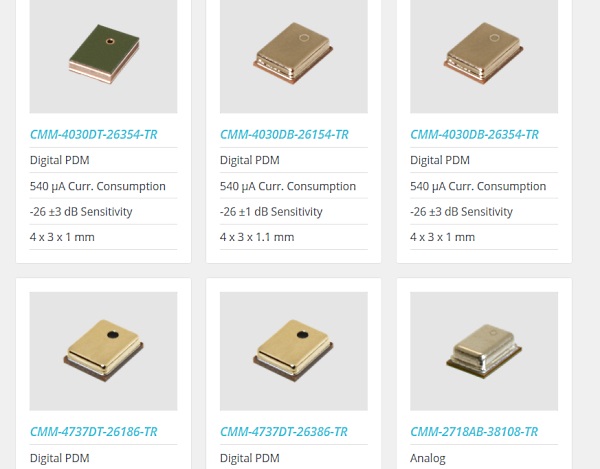 Analog is the earliest and simplest – the capacitance change in the MEMS transducer is converted to a small analog value and piped out one of the pins. You still need to amplify it, but any op-amp will do the job. Pro: cheap, simple, great if you have an analog input, can replace electret analog circuits. Cons: Need an extra op-amp, passives, and an analog input. 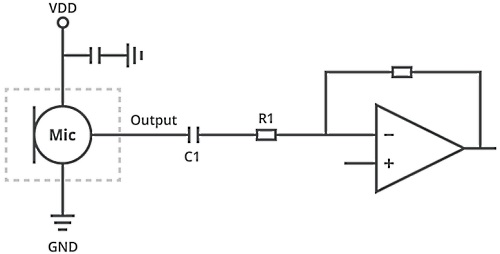 Next up is PDM output – which is a weird semi-analog digital signal. Like PWM, if you were to low-pass filter PDM, you’d get an analog signal, but you get the benefit of clock-synced output. 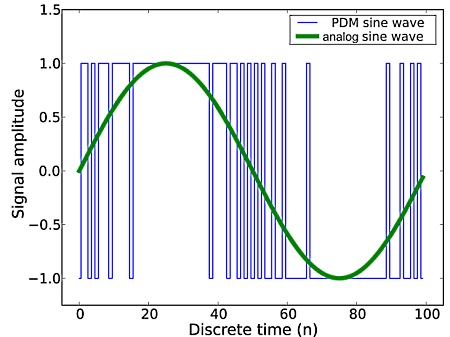 And it’s really simple with only two pins needed for stereo microphone in (one has data on falling clock, one on rising). You do need to do heavy filtering to get rid of the square wave ‘carrier’ but that’s often handled within the PDM peripheral on your chip – at worst you can sorta treat it like an SPI device at 1 MHz and perform the filtering yourself in code. Pros: cheap, fairly simple if you have a PDM peripheral on your chip. Cons: You need that special peripheral! 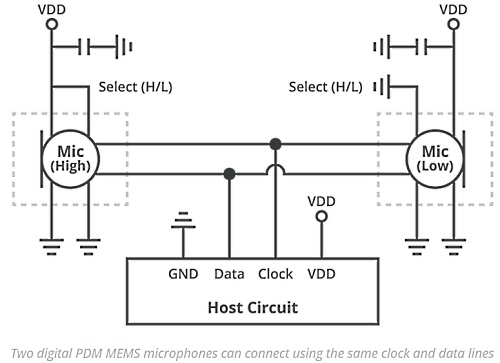 So finally we get to I2S which was how we got here in the first place! I2S microphones have a true I2S interface, so they work with many more chips including existing codecs that expect I2S inputs. For example, Raspberry Pi computers and other Single Board Linux computers often don’t have PDM inputs, but they do have I2S! So you can wire this microphone directly to a Pi. Also many other chips, even if they don’t have PDM or you don’t want to use analog, will have solid I2S support.

The only downside is that, at least for now, I2S mics are more expensive than PDM or analog – but they may be cheaper than analog mics + a codec or ADC! And they’re definitely small, so if you want to have a very compact build, they’re great. 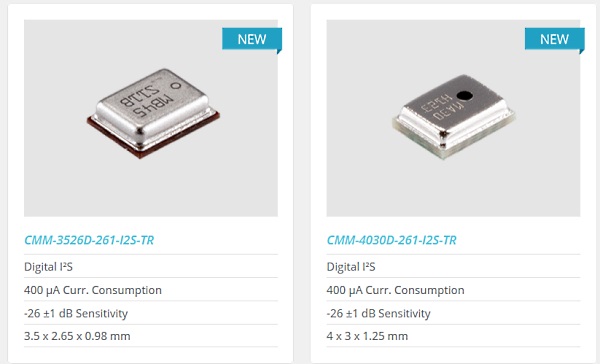 Like we mentioned at the beginning, this is the first top-ported I2S microphone we’ve seen, so we’re happy we can pick one up to use in a future design. Digi-Key has a bunch of CMM-4030D-261-I2S-TR in stock right now, you can order tonight and have it by tomorrow morning. Also save yourself some time by downloading the CAD footprint from SnapEDA while you wait for the package to be delivered!