Here’s a strange development in the ongoing evolution of the cyberpunk mode. Cyberpunk has apparently become a new fashion craze in mainland China.

Over the last few months, the term “cyberpunk” has unexpectedly gone mainstream in China’s post-COVID fashion scene. Originally a science-fiction genre from the 1980s that described a futuristic and dystopian setting, Cyberpunk has reemerged as a total lifestyle aesthetic for Gen Zers in China. Dreadlocks, silver eyeshadow, shiny clothes, neon colors, and high-tech-inspired photo filters have infiltrated the country’s magazine covers, luxury campaigns, trendy cafés, and social media. While the West remains gripped by the fear of a second-wave epidemic, increasingly clinging to lowkey designs, China’s fashionistas have moved in the opposite direction through techno glamour. In this post-pandemic reality, the two cultures couldn’t be further apart.

Cyberpunk’s futuristic look has now found its way into every element of design, starting with fashion. It can be seen in fashion’s all-important September issues, such as Harper’s Bazaar China’s September issue featuring Latin star Maluma in a cyber-inspired campaign, GQ Men via images of popular idol Yibo Wang wearing cyberpunk looks, and local magazine YoHo!’s cover story on Ning Jing. As such, mass media and pop icons are further diffusing the style for mainstream consumption. In the trending TV show “Street Dance of China,” visuals from the show’s opening, stage design, and guest styling are utilizing the Cyberpunk aesthetic to create a greater impact. Celebrity idols like Kris Wu and Cai Xukun, who are the respective brand ambassador for Louis Vuitton and Prada, both created social media buzz by showing up in dazzling, high-tech-style outfits. 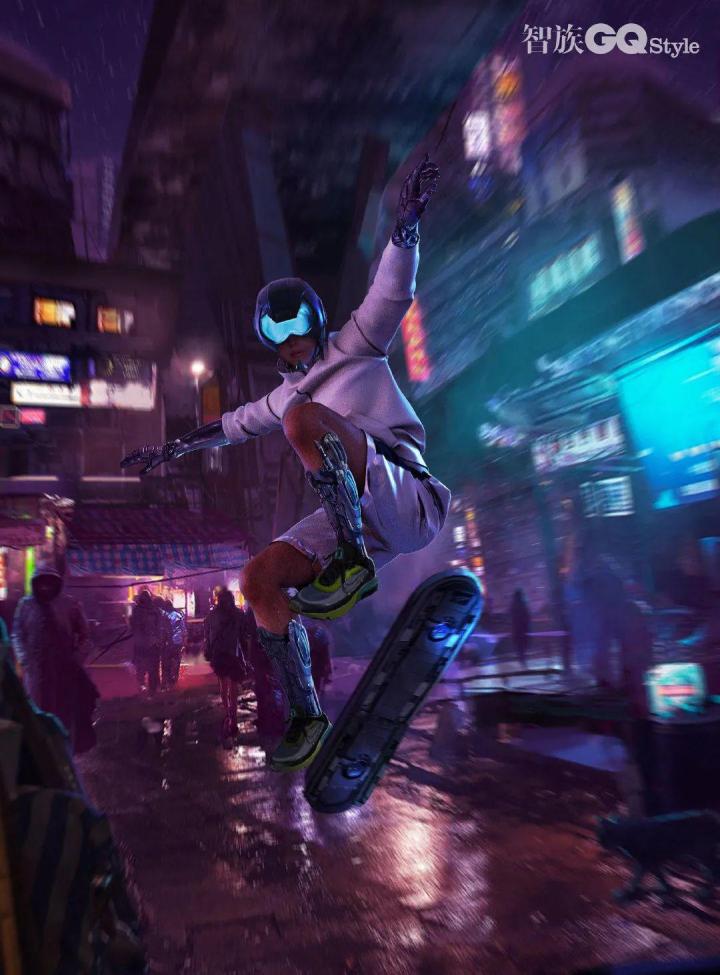