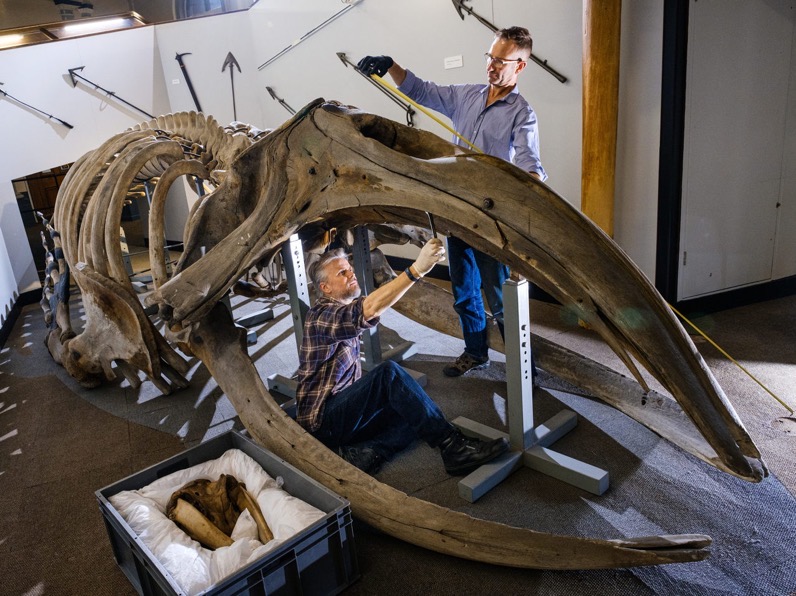 For two weeks in October 2020, Nigel Larkin’s truck traveled back and forth between the Hull Maritime Museum and his conservation workshop, several hours away, carrying load after load of precious cargo. There was the large tuna skeleton and assorted whale skeletons, among them a narwhal nearly nine feet long and a sperm whale jaw bone that alone measured some 12 feet. He saved the largest specimen for the final haul: the bones of a 40-foot juvenile North Atlantic right whale, a species now so endangered that there are just an estimated 400 left in the world.

The removal of the bones from the northern England museum for cleaning and conservation marks the early stages of a major renovation, which is part of a broader redevelopment of Hull’s historic maritime sites. The city’s seafaring roots includes its history as a whaling port during the 18th and early 19th centuries. The juvenile North Atlantic right whale—the largest piece in the museum’s collection—was caught with its mother in 1907 off the coast of Long Island, New York. Its skeleton was brought to Hull as part of an exchange involving the University of Cambridge’s Museum of Zoology and New York’s American Museum of Natural History, where it originally resided.