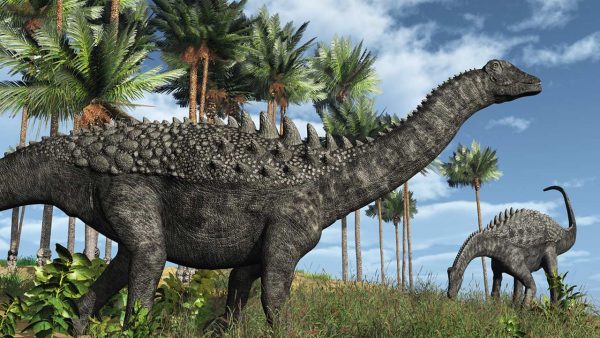 According to a new study, Fantasia might have misrepresented the cause of the decline of the dinosaurs. While it has long been believed that dinosaurs were in decline before a massive asteroid impact, researchers at the University of Bath and the Natural History Museum London are now suggesting that if the asteroid impact hadn’t happened, dinosaurs might still be around. Here’s more from SlashGear:

Prior to the asteroid impact, dinosaurs occupied every continent on the planet and were the dominant form of animal for most terrestrial ecosystems. Despite their widespread diversity, paleobiologists still argue if dinosaurs were declining in diversity when they went extinct. The researchers collected a set of different dinosaur family trees and used statistical modeling to assess if each main dinosaur group was still able to produce new species at the time.

The study found dinosaurs were not in decline before the asteroid impact, contradicting some previous studies. Authors also suggest that if the impact hadn’t occurred, dinosaurs might have continued to be the dominant group of land animals on the planet. Researcher Joe Bonsor is the lead author of the study and says that past studies done by others used various methods to come to their conclusions that dinosaurs would’ve died out even if the asteroid impact hadn’t happened.