“How Amazon Wins: By Steamrolling Rivals and Partners” 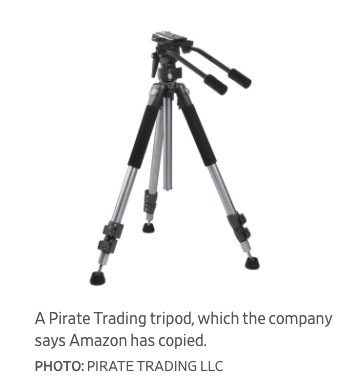 How Amazon Wins: By Steamrolling Rivals and Partners –

At its height about a decade ago, Pirate Trading LLC was selling more than $3.5 million a year of its Ravelli-brand camera tripods—one of its bestselling products—on Amazon, said owner Dalen Thomas.

Several Amazon sellers said they have received notifications from Amazon, which has been battling fraud and fake goods on its platform, that say their products are used or counterfeit. Amazon suspends their selling accounts until they can prove that the products are legitimate, which can cause big sellers to lose tens of thousands of dollars each day, they said.

Comments Off on “How Amazon Wins: By Steamrolling Rivals and Partners”