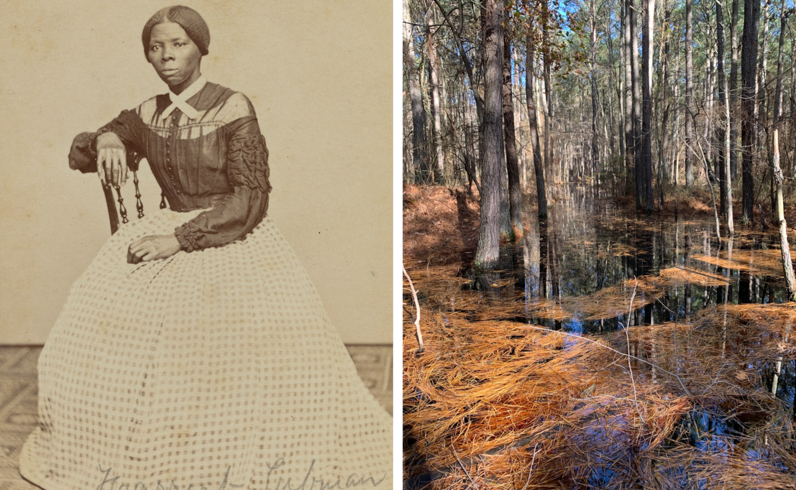 Fascinating read from Atlas Obscura. It gives you a glimpse into the details of this particularly important story and also how climate change will impact other future historical endeavors.

Experts have been looking for this site for at least 20 years, says Kate Clifford Larson, a Tubman biographer. Before the search for Ben Ross’s cabin began along Harrisville Road, there was a misconception that Tubman had been born in nearby Bucktown. Local papers in another nearby town, Cambridge, had reported on Tubman’s roots in the 1940s, but a 1943 biography by Earl Conrad placed her birthplace in Bucktown, and the town began claiming her as a daughter, Larson says. That idea lost traction when researchers found a note in the account record of the Thompson family, who enslaved Ross, indicating that they had hired a midwife to help deliver a child in 1822—presumably Araminta. Court records from the 1850s also set Tubman’s birthplace on the Thompson plantation; she and her mother would be enslaved by the Brodess family, who hadn’t yet moved to Bucktown. “It’s a fascinating study about how memory shifts when certain people become empowered to tell their version of the story,” Larson says. For years, the former Thompson land was privately owned. Now, much is government-owned—the current search covered land managed by the U.S. Fish and Wildlife Service—and deed-mapping efforts are ramping up, as is work to map census records of enslaved and free Black residents.

Comments Off on The Mystery of Harriet Tubman’s Family Cabin