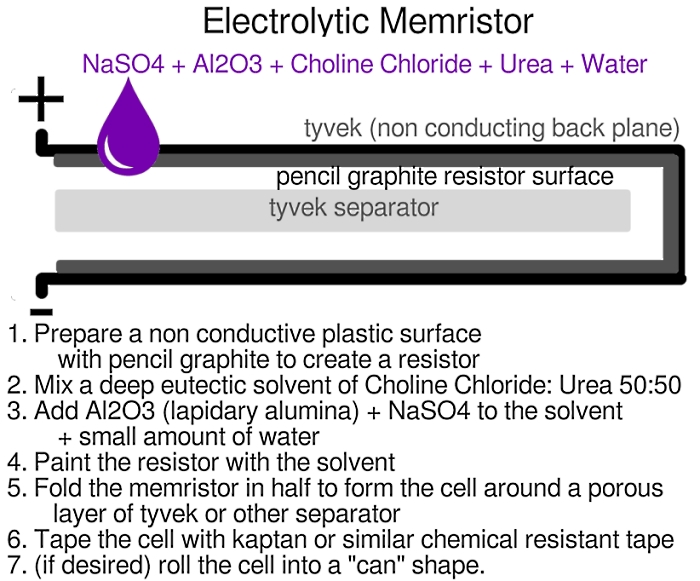 A memristor is a passive component like a resistor, capacitor, or inductor. It’s not widely known, as it was first postulated in the early 1970s. The concept can be boiled down to a resistor that changes resistance based on current, and has a “memory” of that resistance. This function is very similar to how the connections between neurons function, and thus memristors have become a focal point for creating neural networks on chips. For more information read https://www.americanscientist.org/article/the-memristor.

I believe I may have a functional design for a memristor that lowers resistance with current, and would like others to attempt my experiment (and improve on it), with the goal of ultimately creating a simple device, much like a resistor, that can be used in DIY/maker circuits. I have not attempted the TiO2 neuron discussed in the american scientist article, but may try to build one next. I’m going to call mine an “electrolytic memristor” — as it’s based on a NaSO4 / Deep Eutectic electrolyte, and aluminum’s passivation properties. It also appears to have an interesting “diode”-like behavior when operating.

Comments Off on An experimental open source memristor