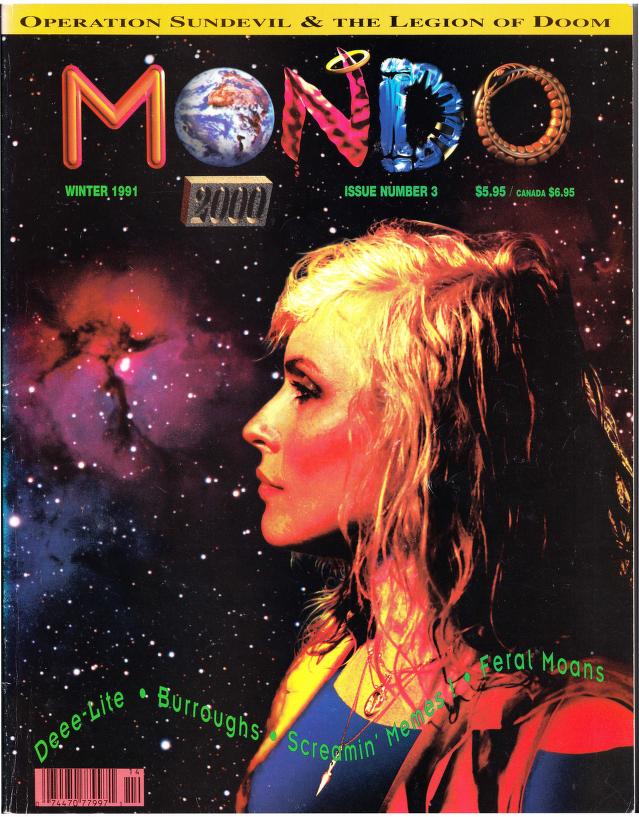 For those are many be unawares, Mondo 2000 was a precursor to Wired in the early 1990s. It was the first magazine to see, celebrate, make fun of, and critique the coming of cyberculture and a “digital revolution.” Think of Mondo as what you might get if your crossed a 1910s Dada manifesto with Wired, fed it through a cyderdelic blender, and seasoned it with the high weirdness of the Church of the SubGenius.

It’s wildfire season in California. My home, ten miles from an active fire in the San Gabriel Mountains, smells faintly like barbecue; up in the Bay Area, the smoke from a convergence of fires hangs greasy and thick in the air, filtering the sunlight through a diffuse orange haze. The San Francisco skyline has never looked more cyberpunk. Geeks on the internet are grimly mashing up drone footage of the city with selections from the Blade Runner soundtrack. It all feels oddly predictable, as though the dystopian pronouncements of a generation of leather-jacketed science fiction writers and techno-cultural prophets were now plodding, exactly as written, toward their tedious end. “I’ve been trying to warn people that the apocalypse is boring,” R.U. Sirius emails me, from Marin, on a 109°F day.

As the founding editor of one of cyberpunk’s foundational texts, Mondo 2000 magazine, Sirius—born Ken Goffman—is one of those leather jackets, a longtime observer of the confluence of technology’s utopian aspirations and their inevitable collapse. In its 18-issue tear through the early 1990s, Mondo brought an anarchic, drug-addled sensibility to the geeky world of computers, drawing a wiggly line from the gonzo rock journalism of the 1970s to the novelty-chasing prognostications of glossy tech publishing (in comparison, its closest descendant, Wired, reads like the operating manual for an IBM mainframe). Mondo 2000 publisher and “domineditrix” Alison Kennedy, who went by the moniker “Queen Mu,” once called the magazine “the Rolling Stone of the ’90s,” but it was closer to that decade’s Whole Earth Catalog—a generation-defining tool kit for understanding the new edge of tomorrow.